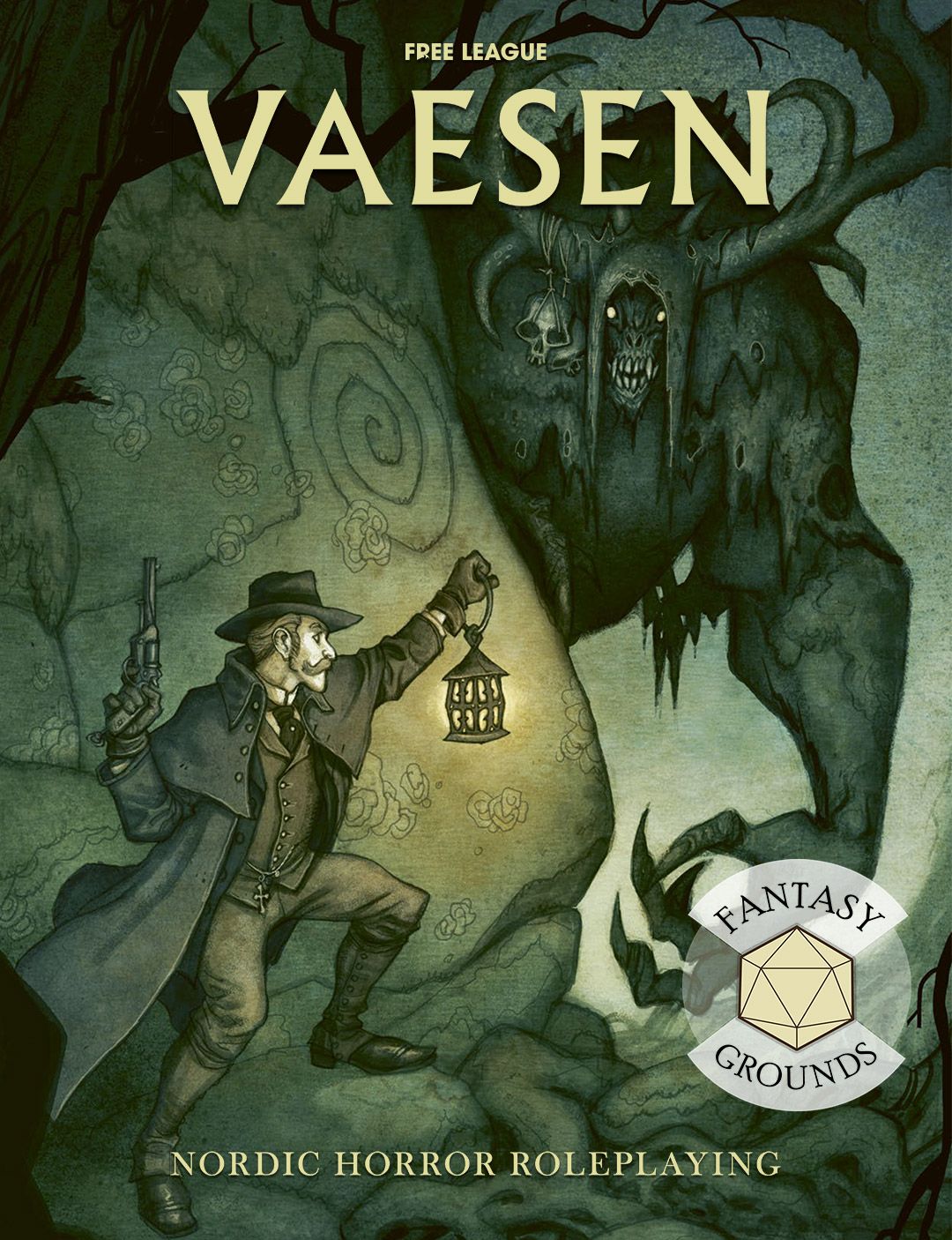 In dark forests, beyond the mountains, by black lakes in hidden groves. At your doorstep. In the shadows, something stirs. Strange beings. Twisted creatures, lurking at the edge of vision. Watching. Waiting. Unseen by most, but not by you. You see them for what they really are.

Welcome to the Mythic North - northern Europe of the nineteenth century, but not as we know it today. A land where the myths are real. A cold reach covered by vast forests, its few cities lonely beacons of industry and enlightenment - a new civilization dawning. But in the countryside, the old ways still hold sway. There, people know what lurks in the dark. They know to fear it.

Vaesen - Nordic Horror Roleplaying is written by Nils Hintze and based on the work of Swedish illustrator and author Johan Egerkrans. Vaesen presents a dark Gothic setting steeped in Nordic folklore and the old myths of Scandinavia. The game mechanics utilize an adapted version of the awardwinning Year Zero Engine.

The digital edition of Vaesen for Fantasy Grounds includes:

Adapted for Fantasy Grounds by: Aleksandar Velkov, and Pixeldiet 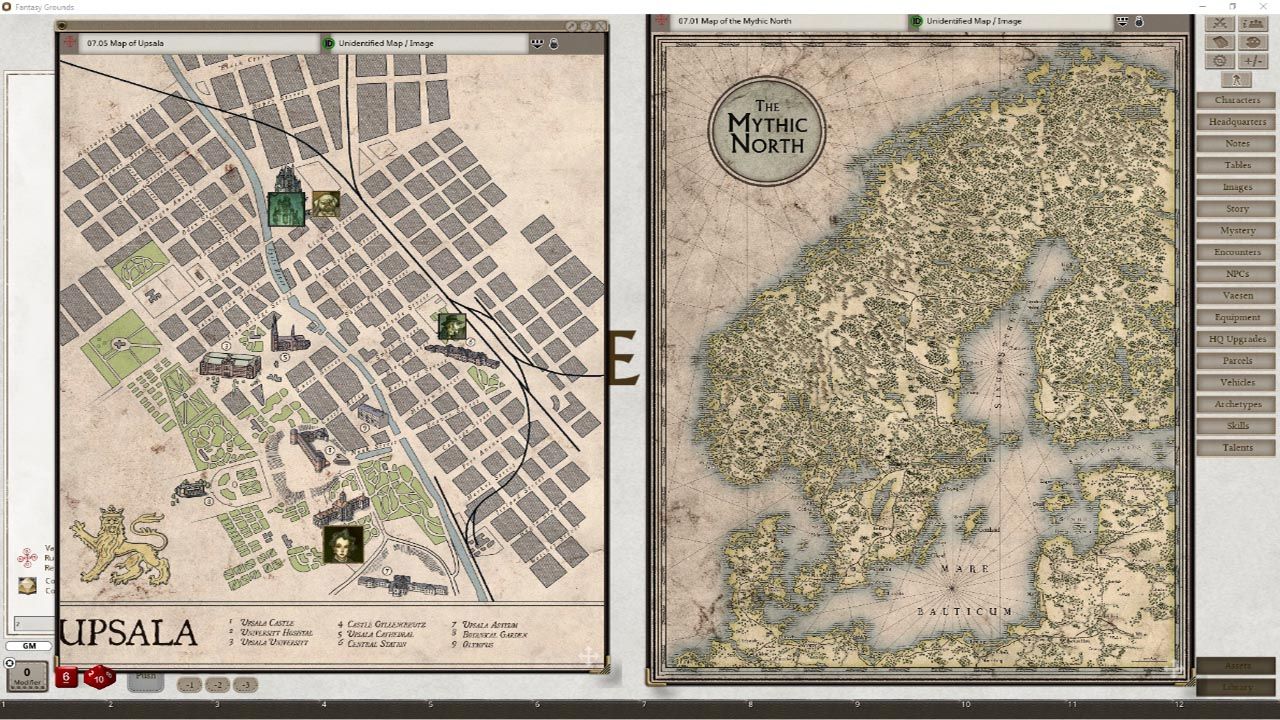 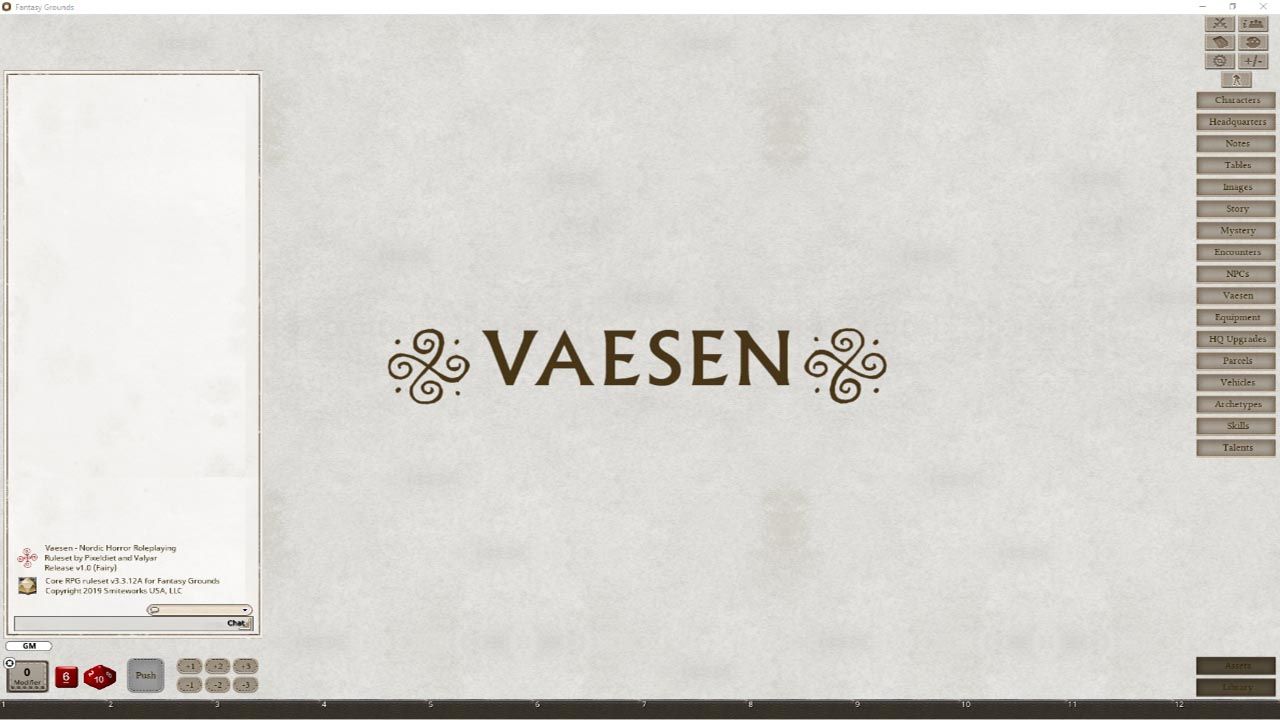 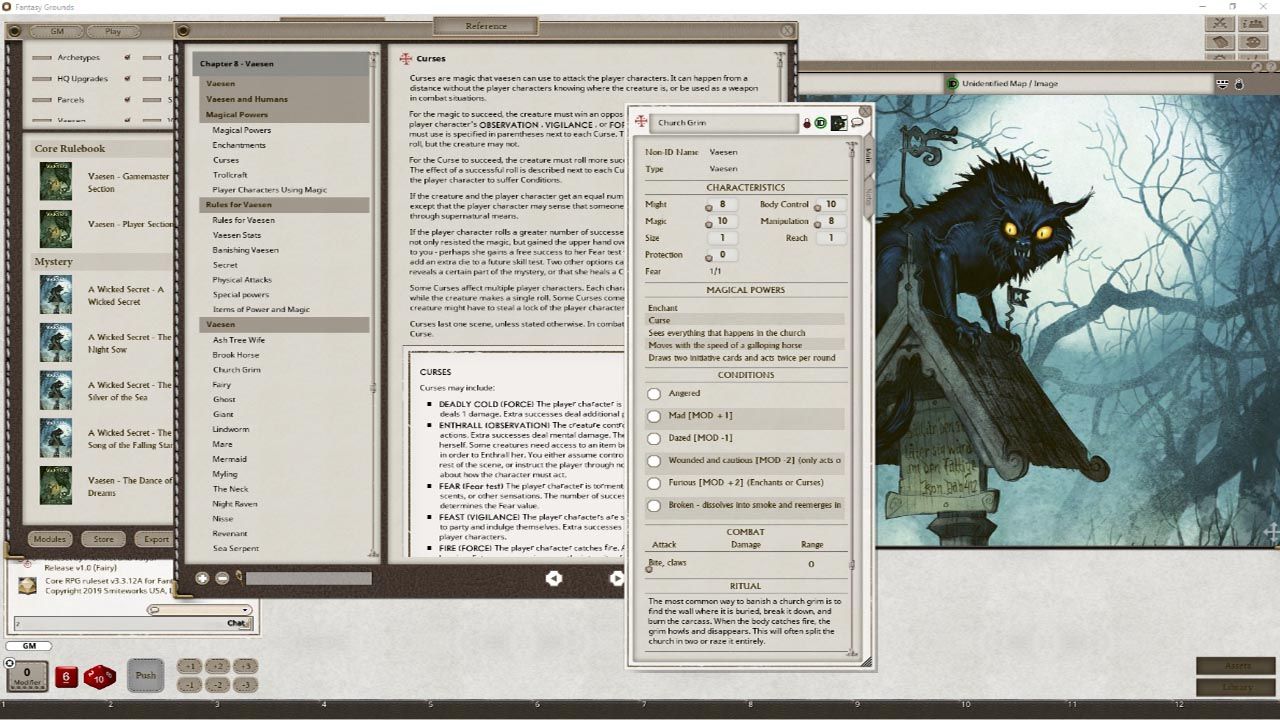 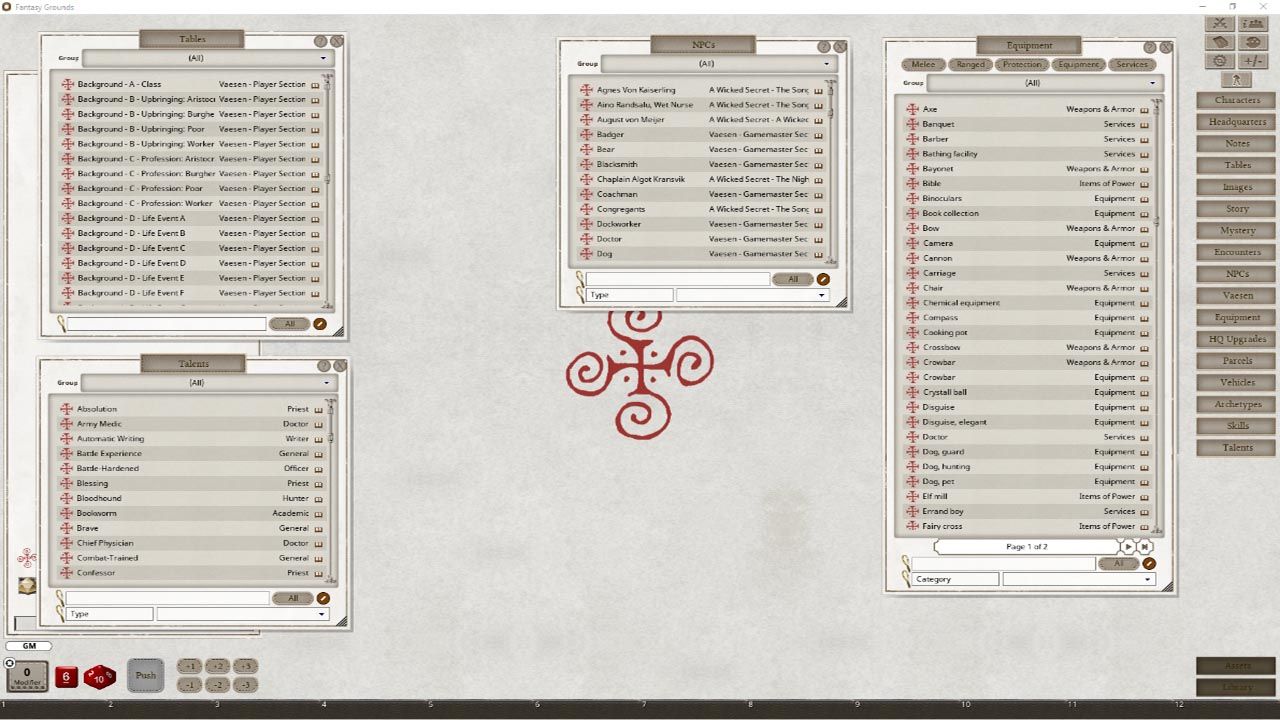 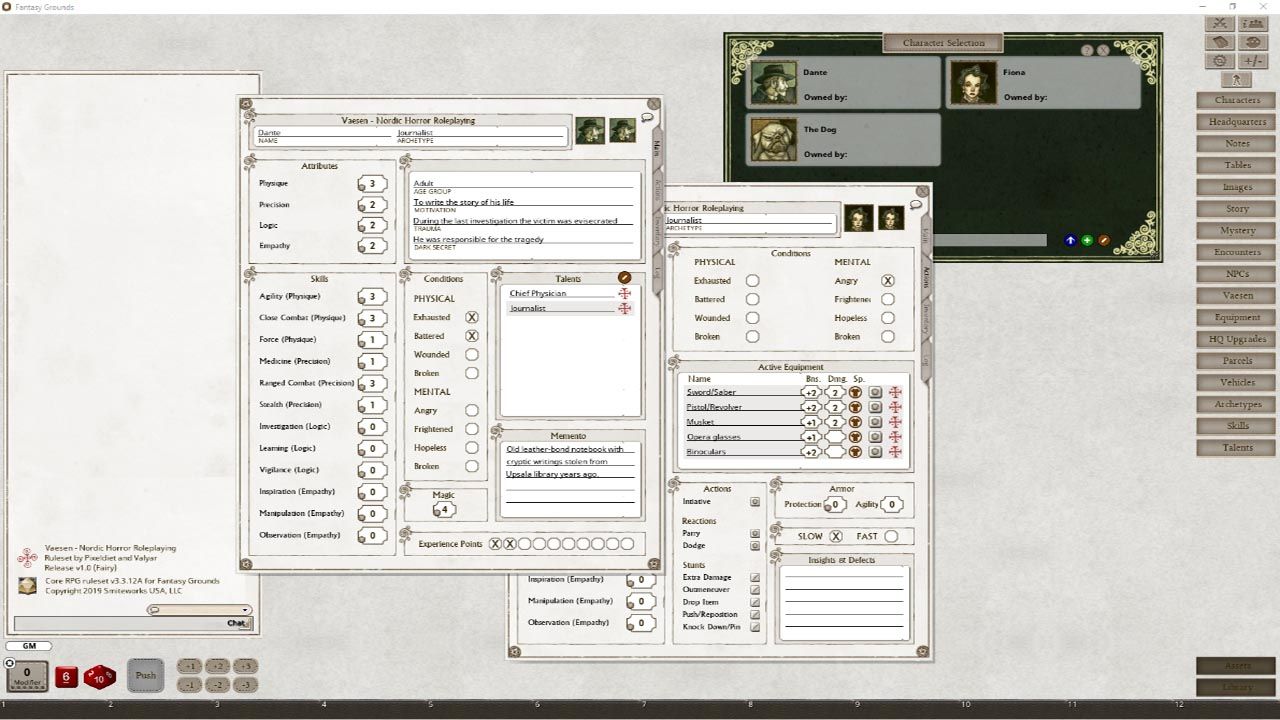 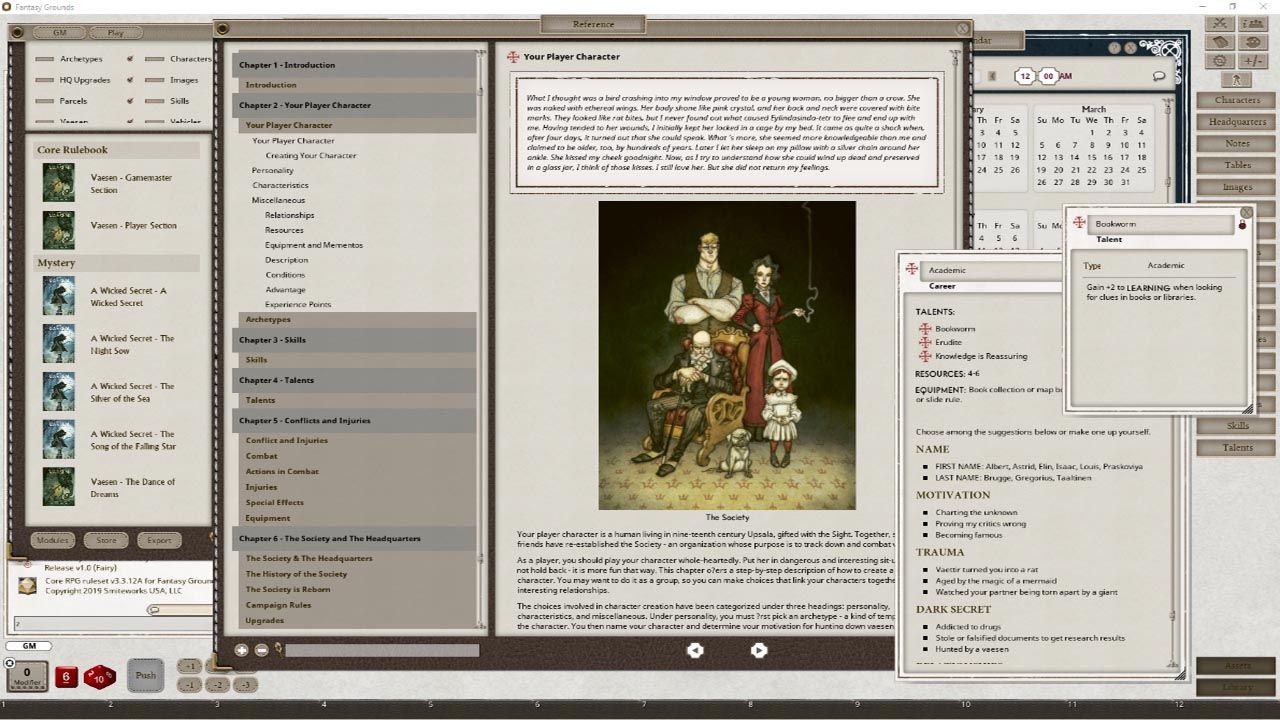 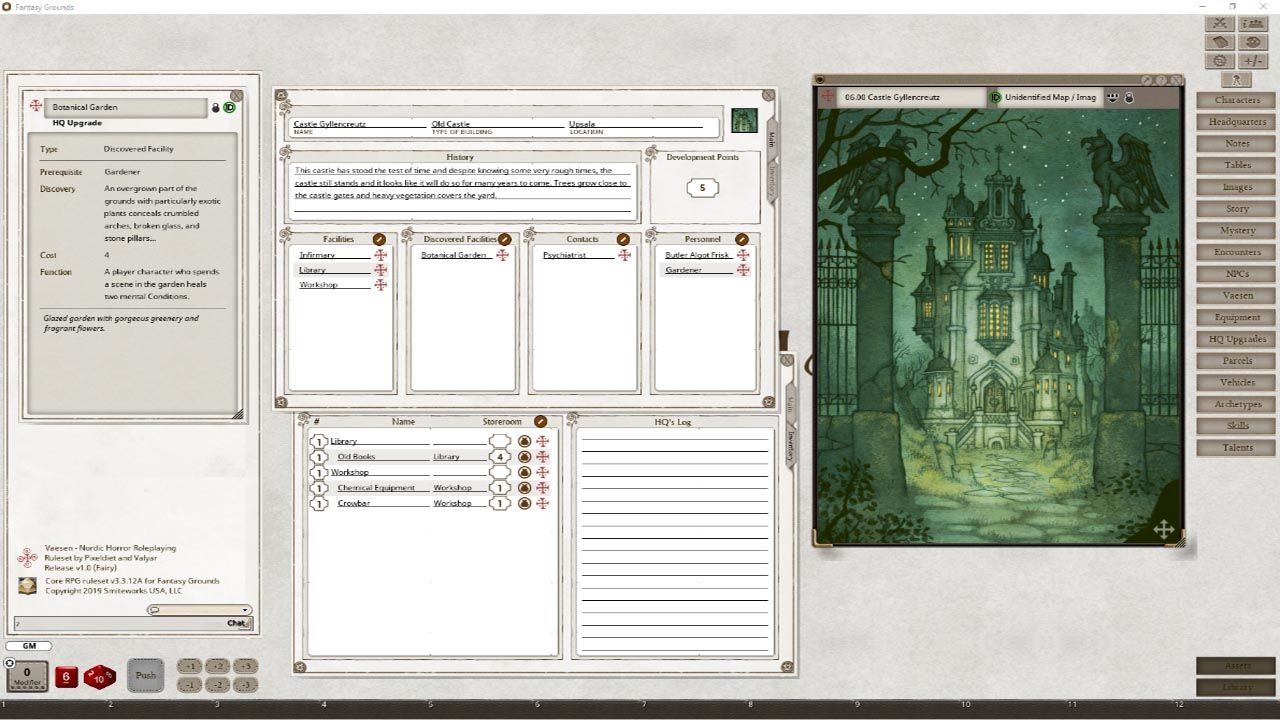 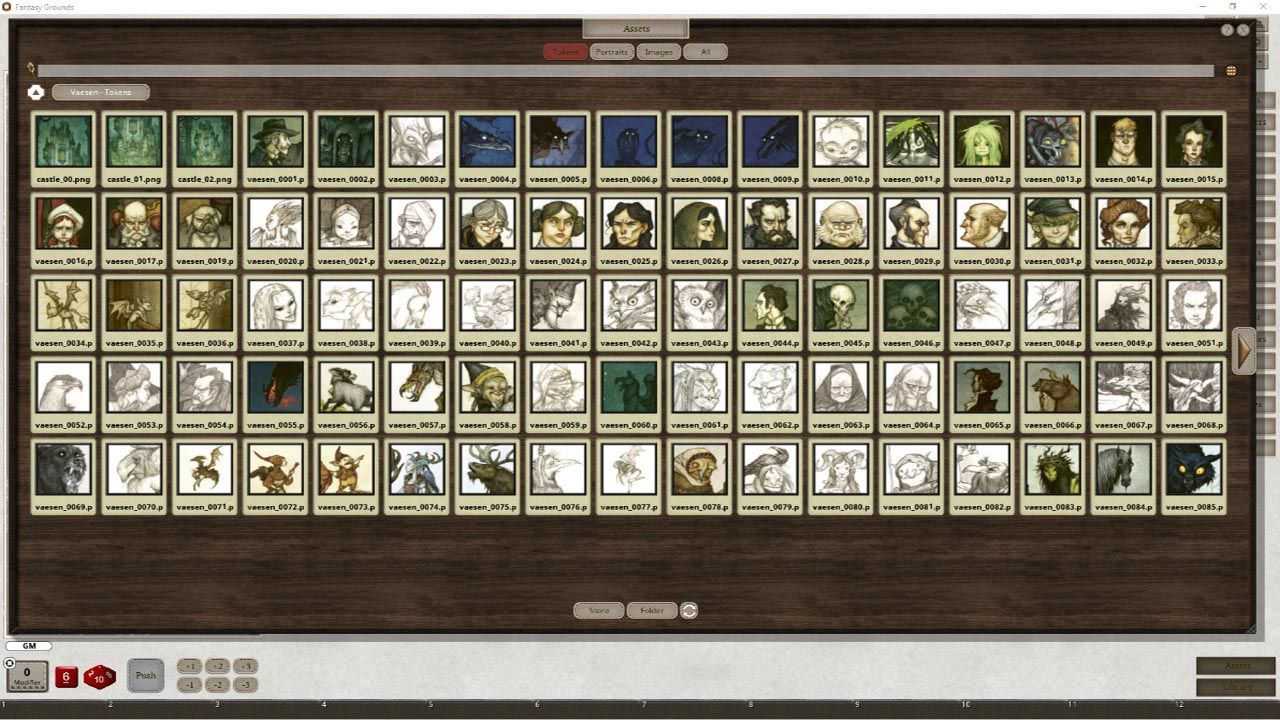