PART ONE of Six Classic Stand-alone Explorations
of the Unknown, the Deserted, and the Insane

IN DIM, FORGOTTEN RECESSES of the world lurk mind-twisting horrors. Through the use of human agents these horrors work to thwart mankind’s destiny.

However, not all of these human agents are willing partners. Many times have the monsters resorted to subtlety and intrigue to further their ends, rather than gross displays of sheer destruction.

Andrew Keetling is one such unwilling agent. A sucessful Boston businessman, he has disappeared — held captive in a mansion of madness.

MANSIONS OF MADNESS is a collection of six independent tales for Call of Cthulhu. Set in the 1920s and of varying length and complexity, these adventures can be planted into an ongoing campaign as the keeper sees fit. Some can be played in a single night, others will require several evenings to complete. They can readily be used as plot twists, interesting diversions, or red herrings.

CRACK'D AND COOK'D MANSE is the first converted tale for use with Fantasy Grounds II out of this collection. The remaining five tales will be sold separately as they are converted. Each tale is a standalone adventure that can be run with no connection to any of the other adventures in the Mansions of Madness book. 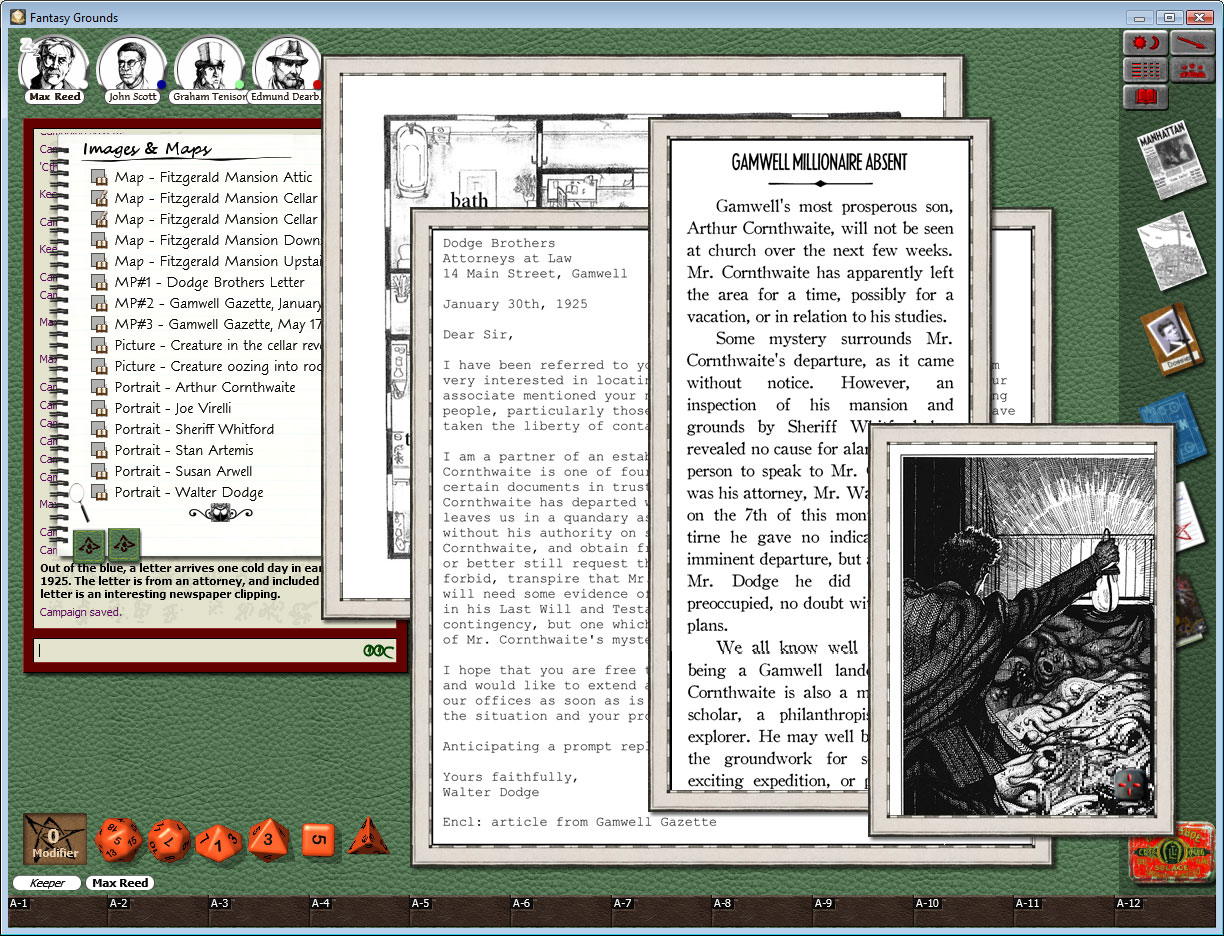