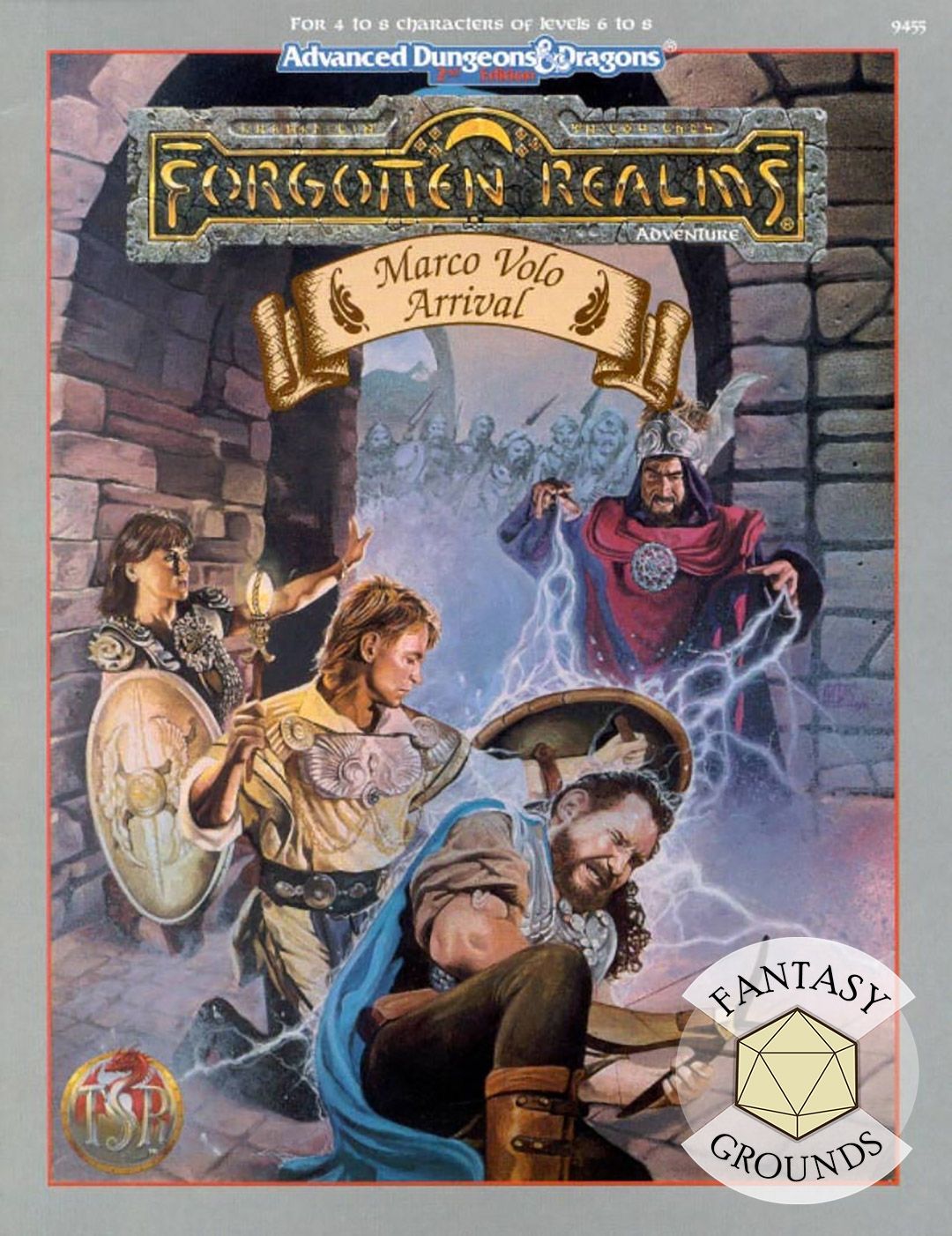 Marco Volo - Arrival is the last volume of the Marco Volo trilogy, designed for four to eight player characters of 6th to 8th level. When the characters first set off on an intrigue-laden journey to Shadowdale, they did not suspect how much trouble they would get into. Joined by Marcus Wands (also known as Marco Volo ), they found him just a bothersome but likeable little rogue. No one suspected he was on the run from the crazy wizard Sabbar. The troublesome Marcus had previously stolen from him a rare artifact called the Dragonking's Eye , and hid it in the Spiderhaunt Woods. Now the party approaches the Spiderhaunts, and Marcus insists on diverting the group to retrive the Eye . But strangethings have been happening there. There are rumors of an oddly constructed keep of bone (or is it crystal?): of a warlord out for conquest (or is it a lich?); of goblin tribes strangely clad, an extra-planar beings banding with the giant spiders of the aptly named Spiderhaunt Woods. Something evil has denned at the heart of the forest. It has a mind of its own...and it has plans for Faerun. The last volume of the Marco Volo trilogy gives a DM tools to run this free-wheeling, fast-paced adventure, and the secrets of the powers at work behind the scenes. The player characters must face - and deal with - the mad wizard Sabbar, the annoyed Volothamp Geddarm (who wants to have "a little chat" with Marcus!), and ultimately the Dragonking's Eye itself. Even the gods themselves step in to have their say. In a dramatic denouement, this epic adventure draws to a close, but the memory of what transpired will live on!