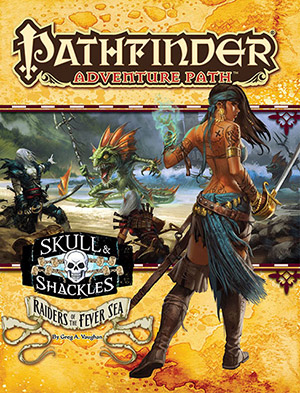 Chapter 2: "Raiders of the Fever Sea"
by Greg A. Vaughan

Bound for adventure upon the pirate vessel they've taken as their own, the heroes face a sea of dangers as they chart a course to become true Free Captains of the Shackles. But life as a pirate doesn't prove any easier now that they're in command, as deadly sea monsters, the corpses of drowned scallywags, and raiders from the deep rise to oppose them. When a most unusual map falls into the adventurers' hands, they have the chance to change their fate in a single daring raid. Is it the heroes' destiny to be the next victims of the merciless waves, or will fortune smile upon them and spur their rise as the newest and most infamous pirates of the Shackles?

Adapted for Fantasy Grounds by: Christopher Ward and Danny Stratton

Requires:  An active subscription or a one time purchase of a Fantasy Grounds Full or Ultimate license and the included Pathfinder ruleset. 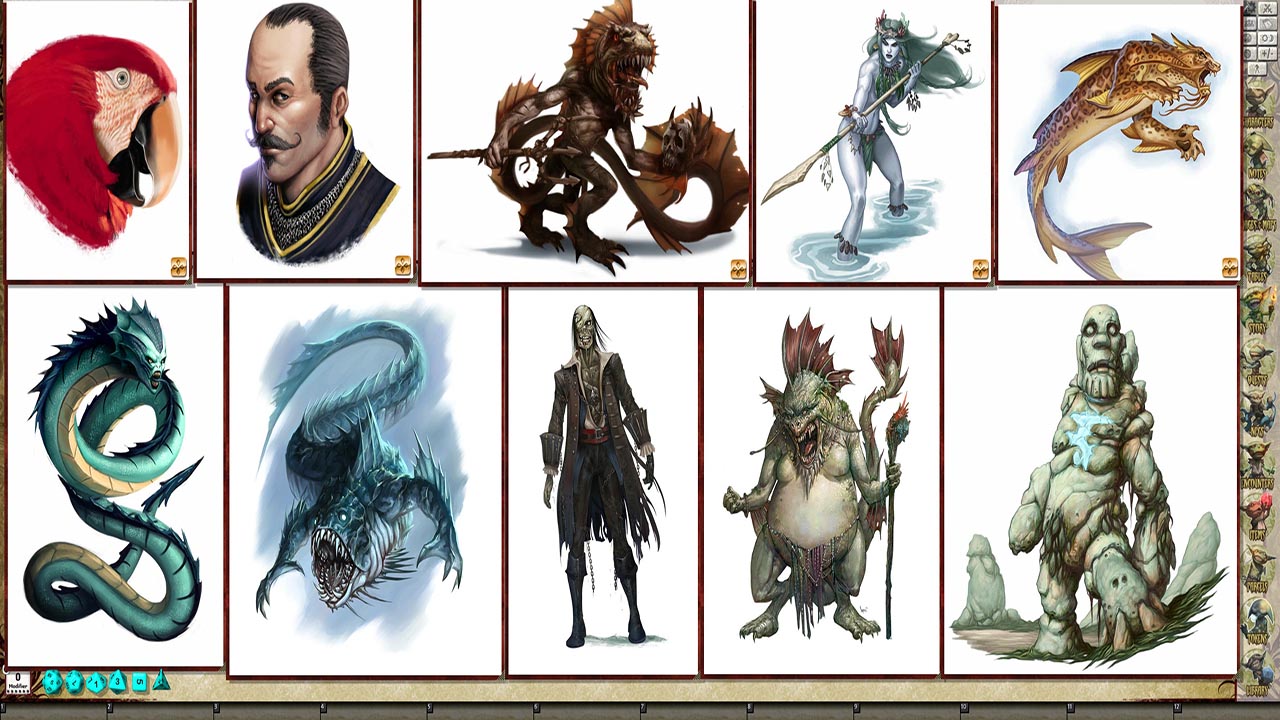 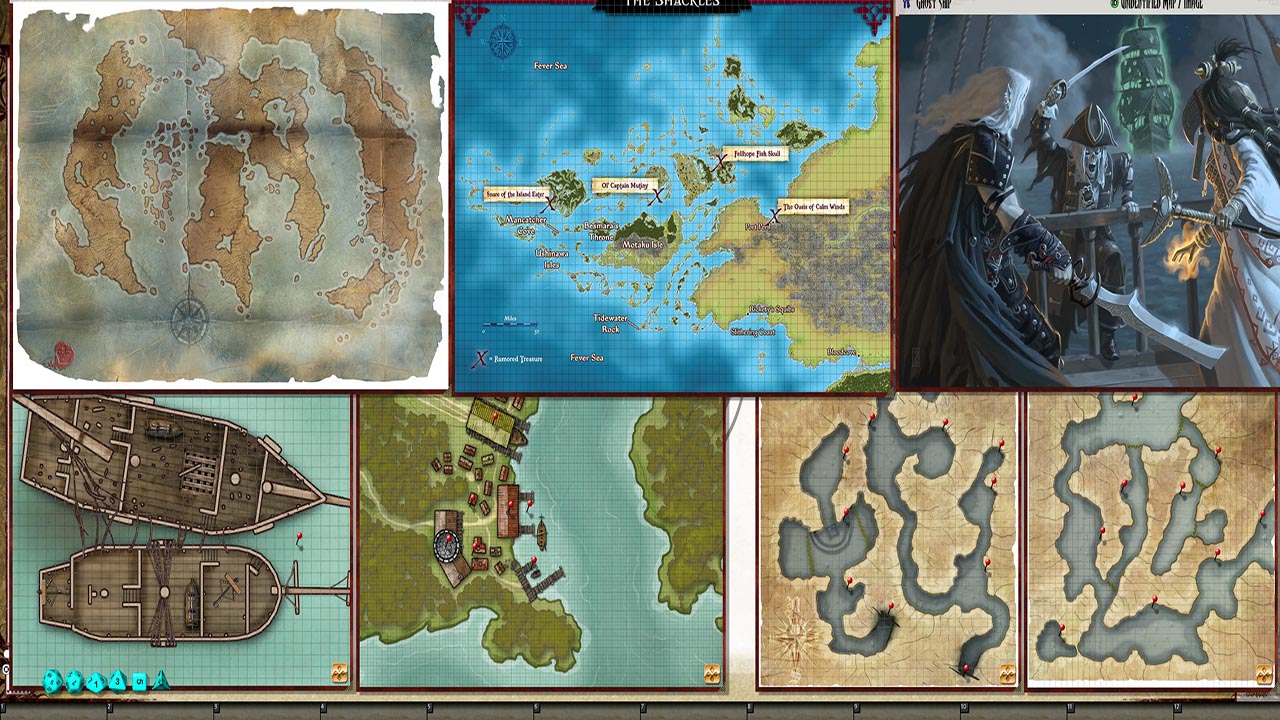 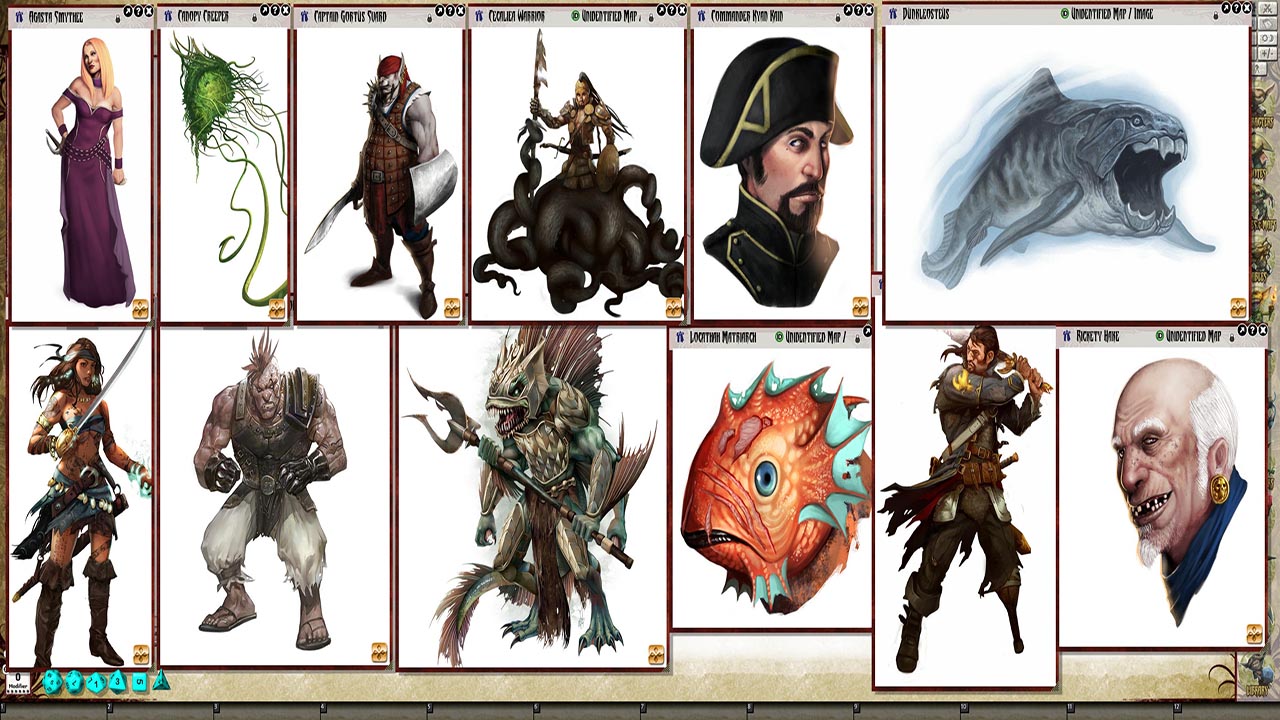 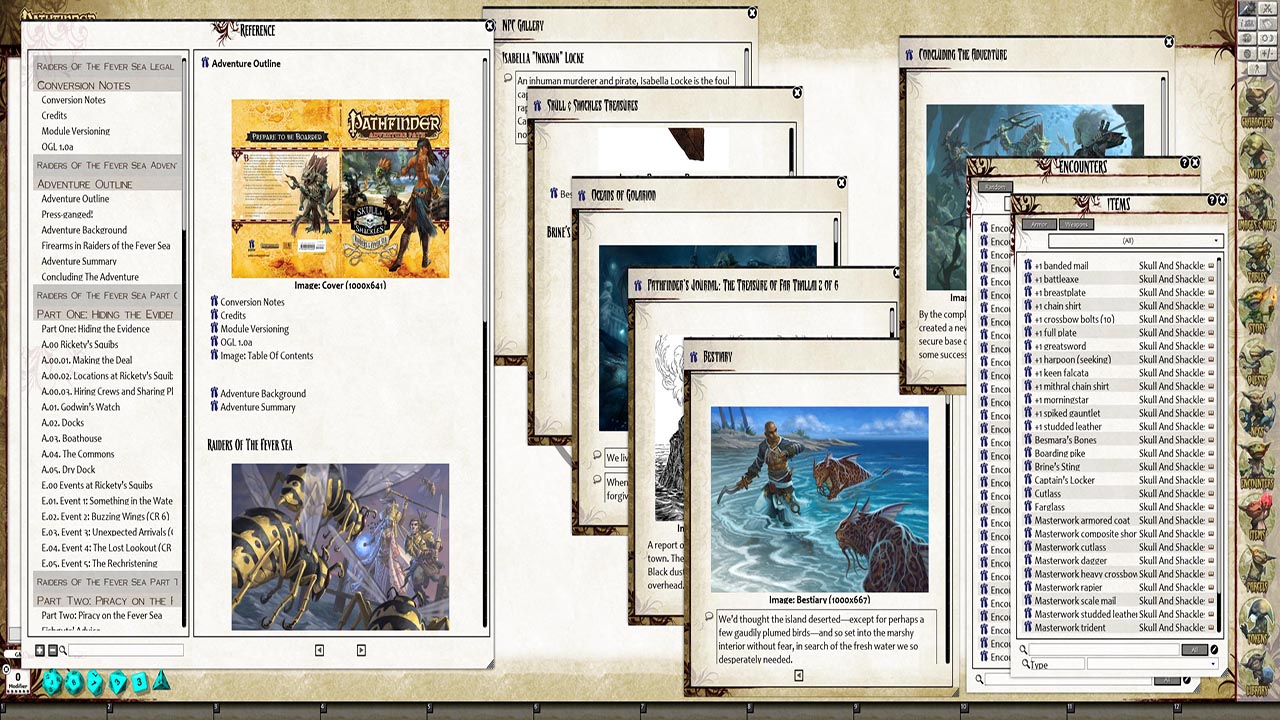 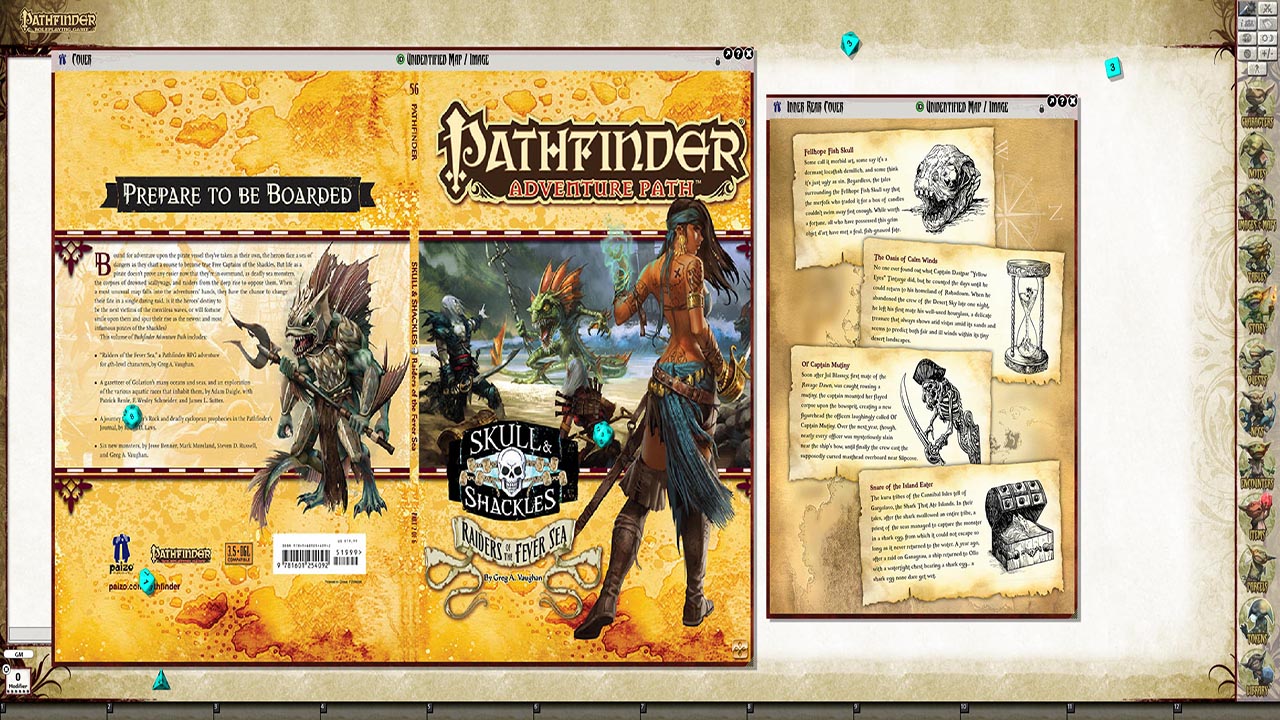