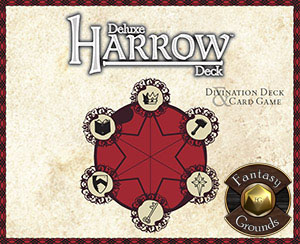 Divine your destiny with the Deluxe Harrow Deck, the legendary fortune-telling deck of the Pathfinder RPG world! With this 54-card, full-color set of fortune-telling cards, you’ll learn how to include the Harrow in any Pathfinder RPG game, and enhance play with rule cards detailing spells, fortune-telling methods, and other insights. With vivid art, patterned backing, and a size common to many real-world tarot decks, the Deluxe Harrow Deck straddles the lines between game supplement and storytelling set piece. Master the Harrow and make the future anything you desire!

This module includes the following cards:

Pathfinder, their respective logos, the Paizo golem, all Paizo titles, the Pathfinder Roleplaying Game rules, and Paizo’s character names and distinctive likenesses are property and copyright of Paizo, Inc. in the USA and other countries. Used with permission. (C) 2017 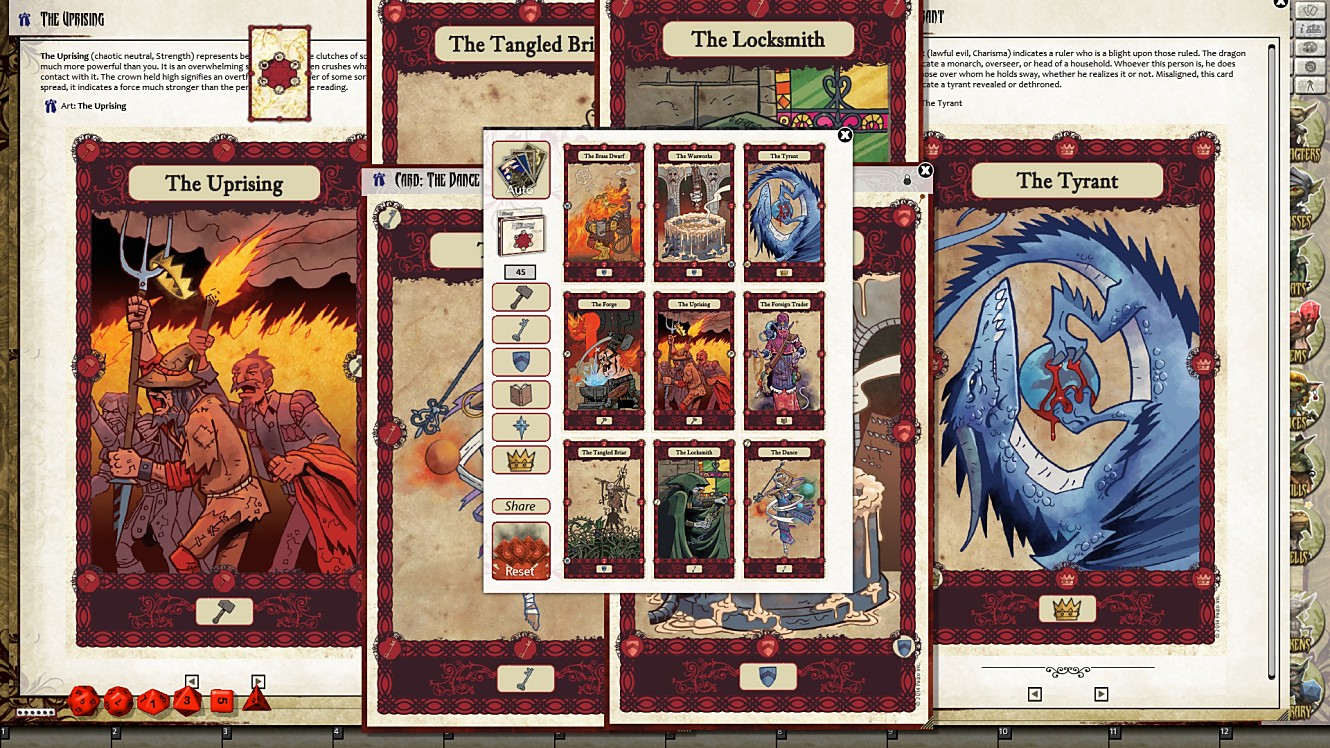 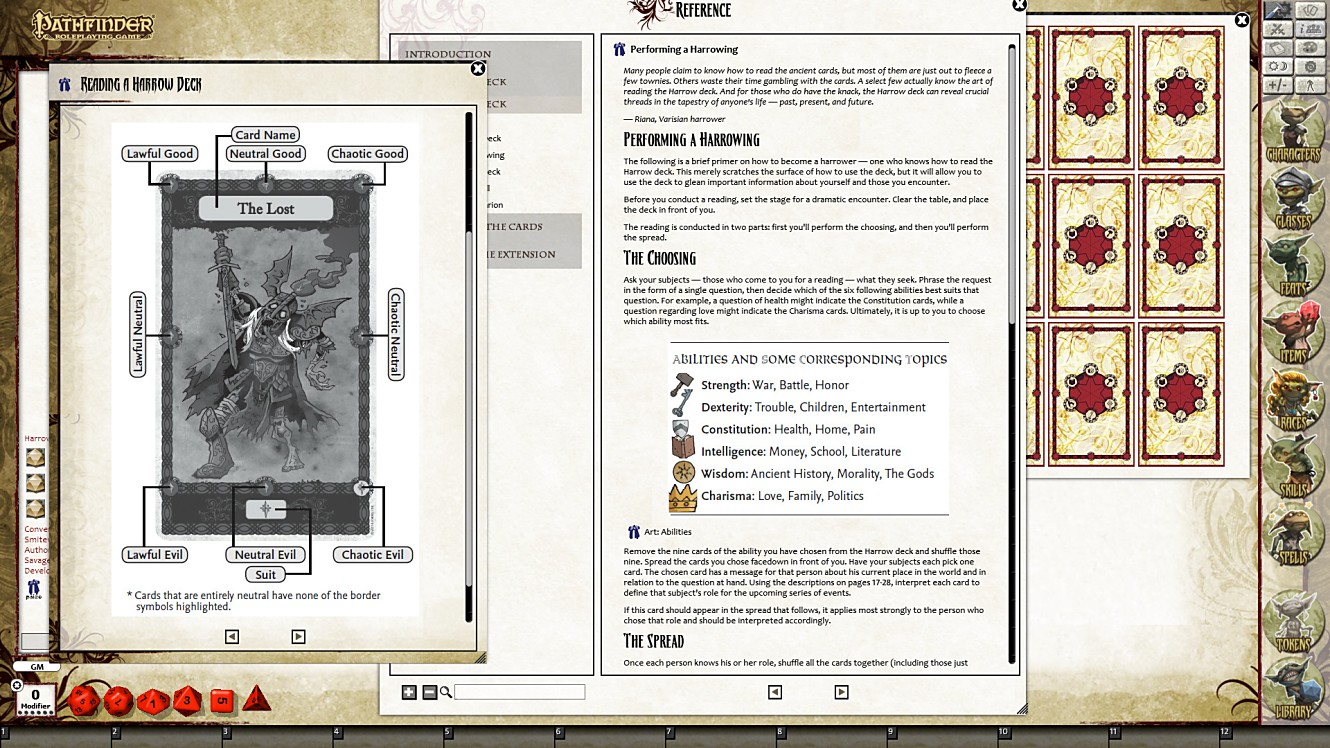 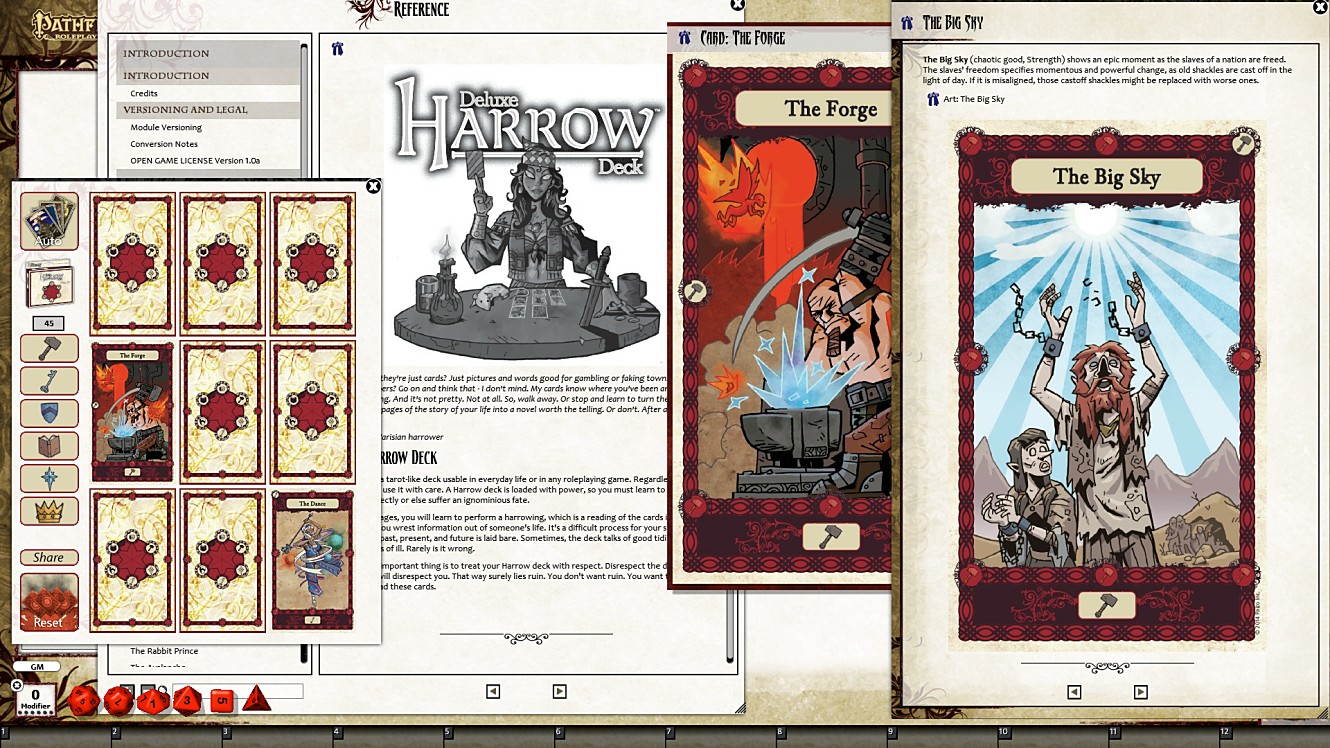 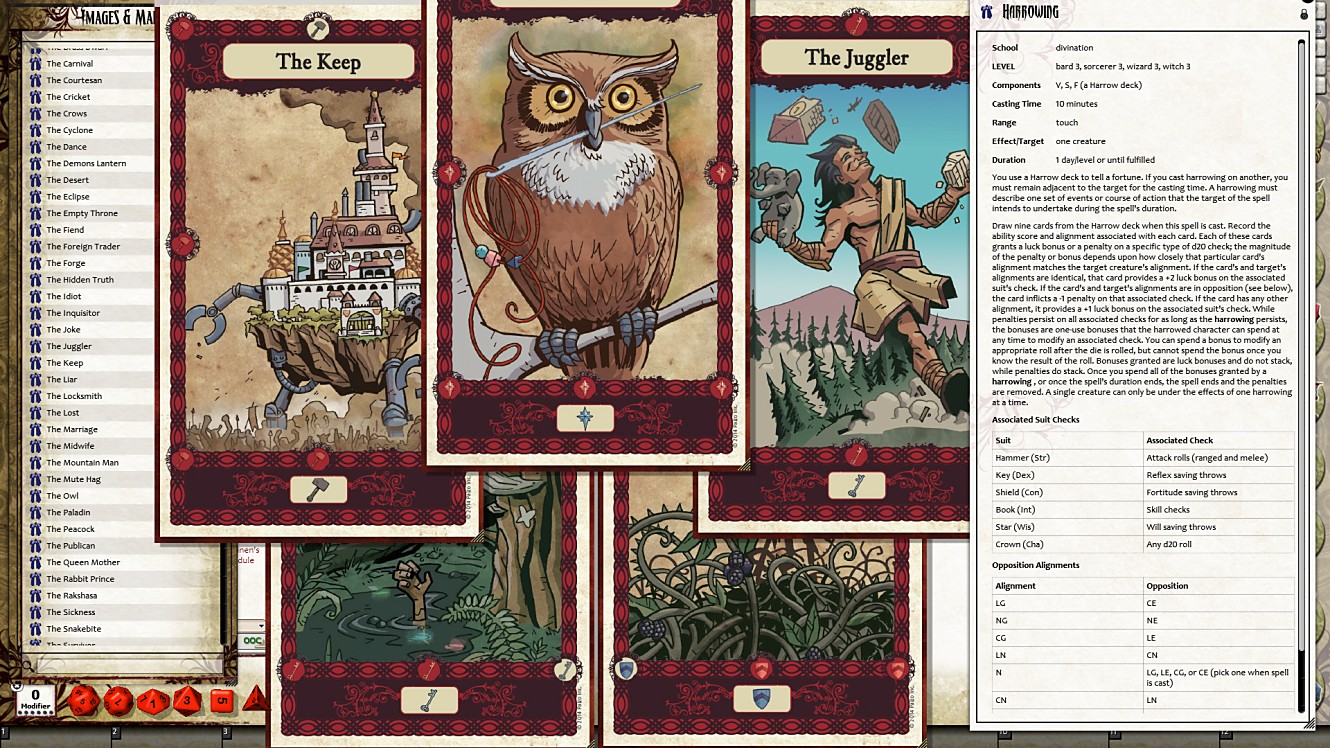