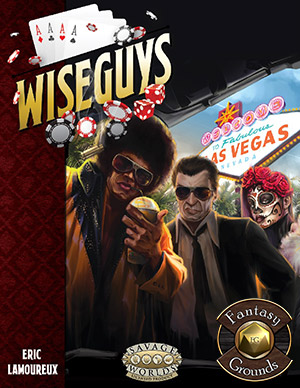 It's the mid-Nineties. The bosses from the Five Families, as well as the Chicago Outfit, are behind bars. The Commission has gone silent. Routed and leaderless, the Godfathers have lost their grip on Las Vegas. A new breed of Dons has risen from the ashes of a lost war against the Justice Department to rule over Las Vegas. These self-proclaimed bosses work to reclaim what's been lost to the other crime syndicates and corporations that now own the city.

Rebuilding their empire begins with the cunning and deceitful associates they've recruited among the conniving denizens of Sin City and beyond. Under the leadership of caporegimes and soldiers of La Cosa Nostra, they plot heists, eliminate their rivals, and engineer all kinds of ways to gain money and power beneath the watchful eye of the government now wiser to their scoundrel ways.

In Wiseguys: the Savage Guide to Organized Crime, you are part of a Crew looking to show its true mettle by evading the law and robbing giant corporations of their riches. Will your legend and nickname live on for years to come?

In this book you'll find: 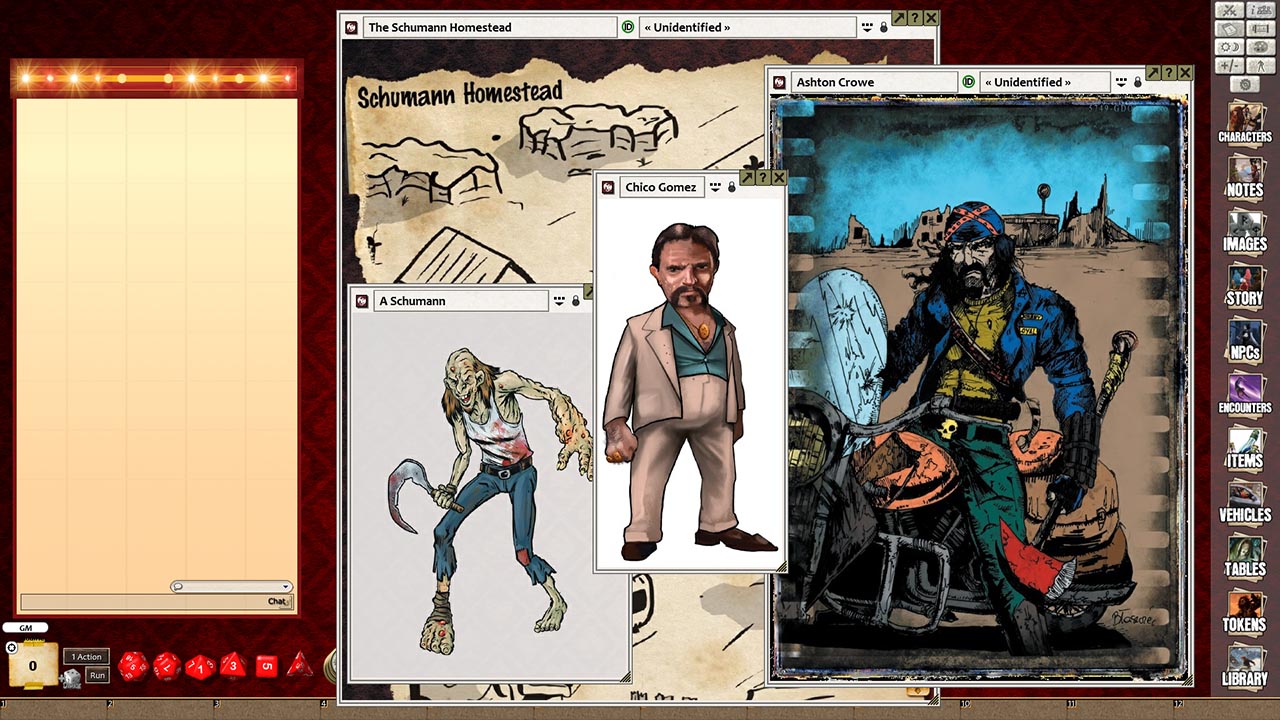 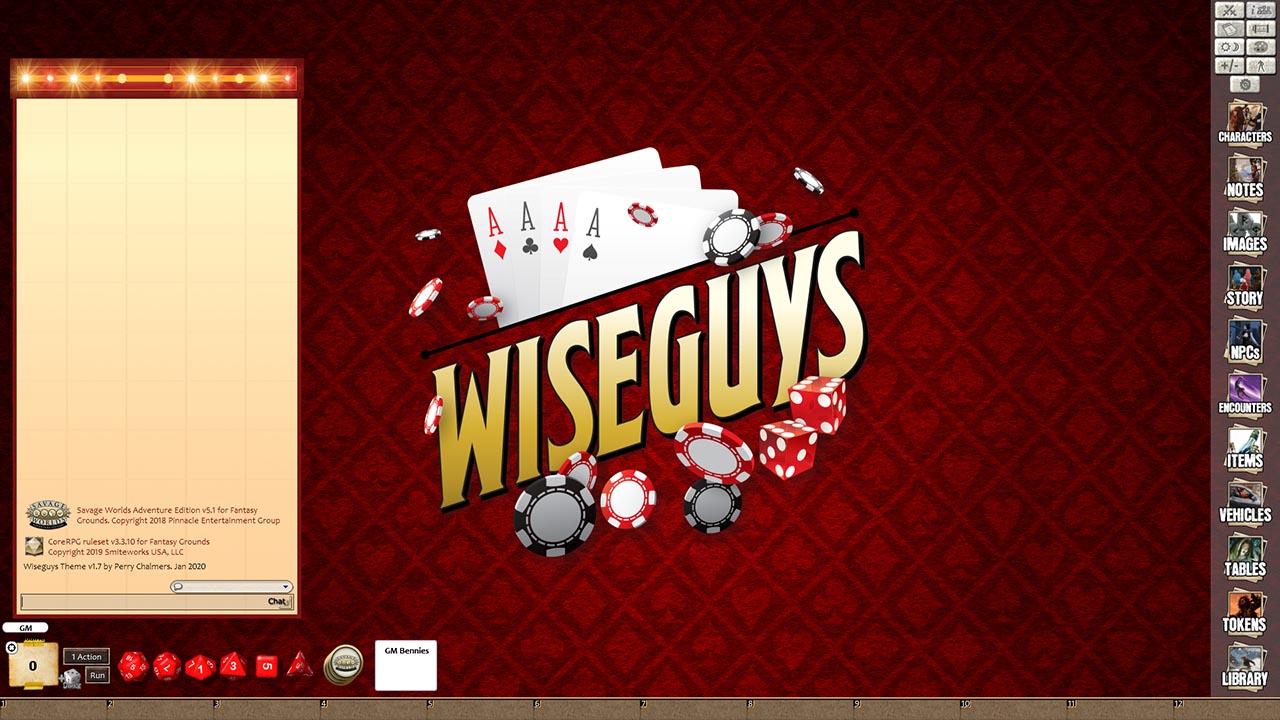 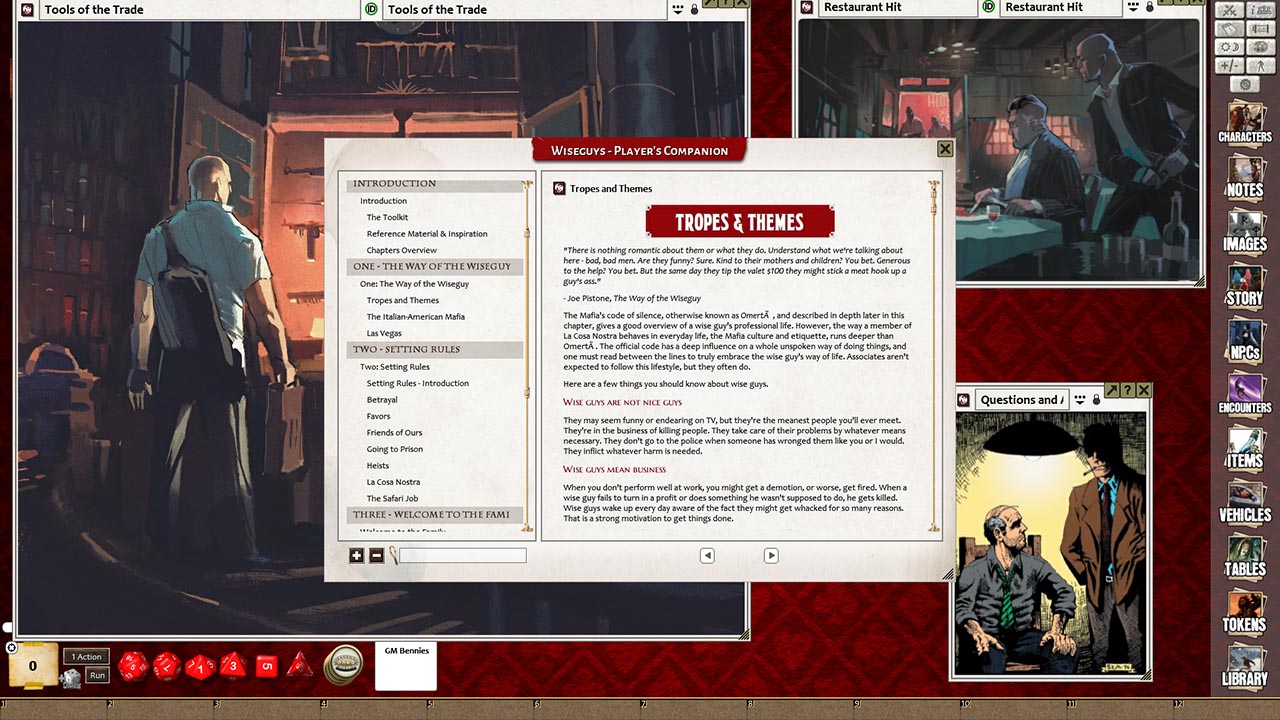 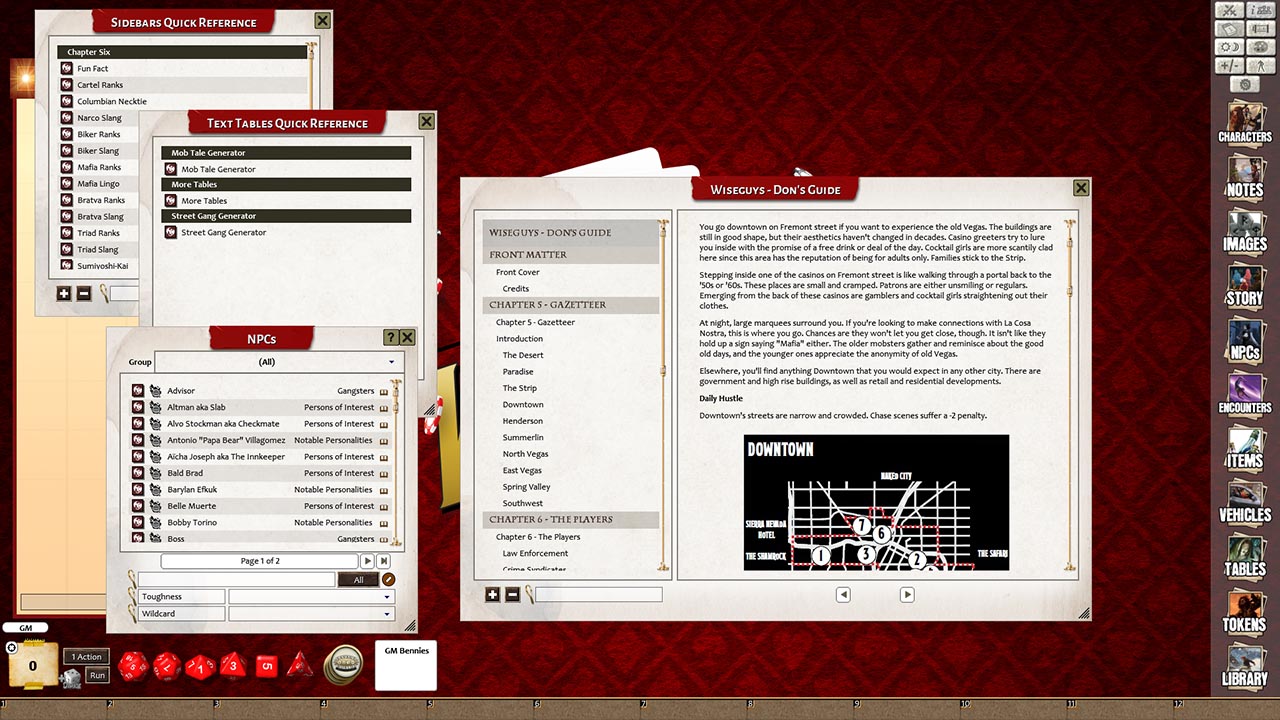 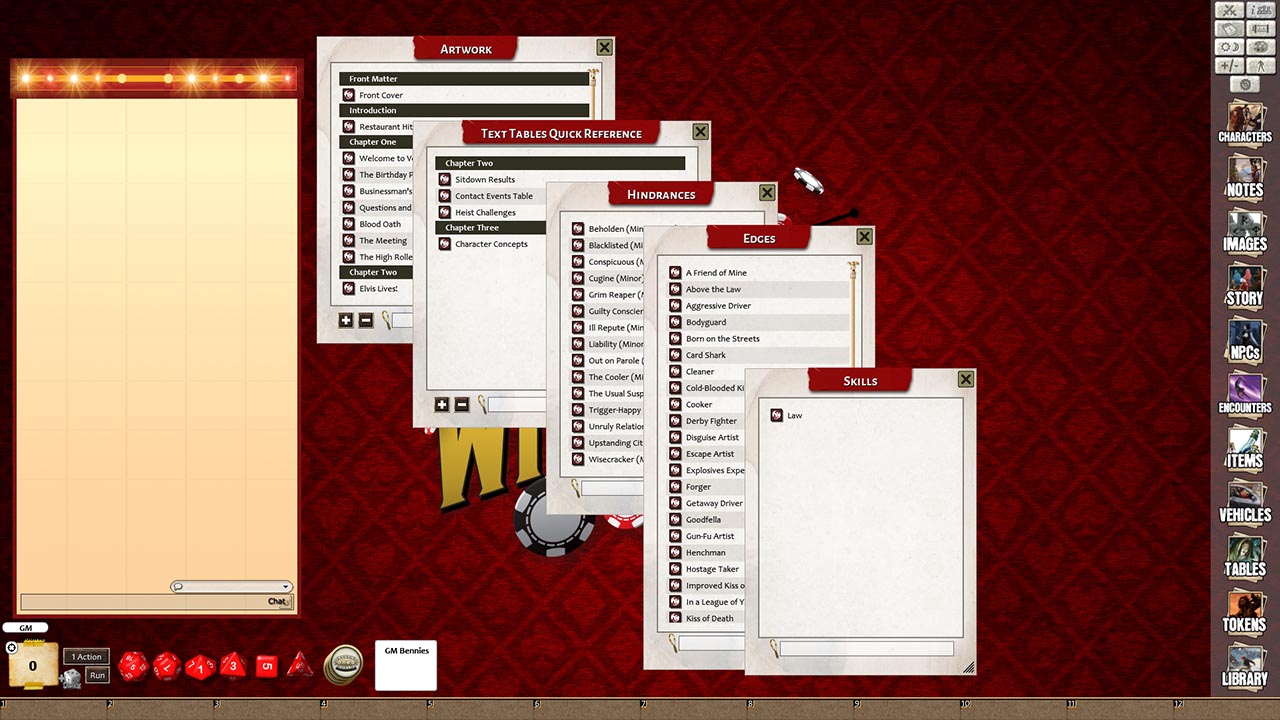 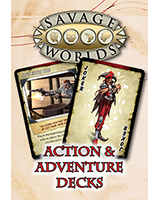 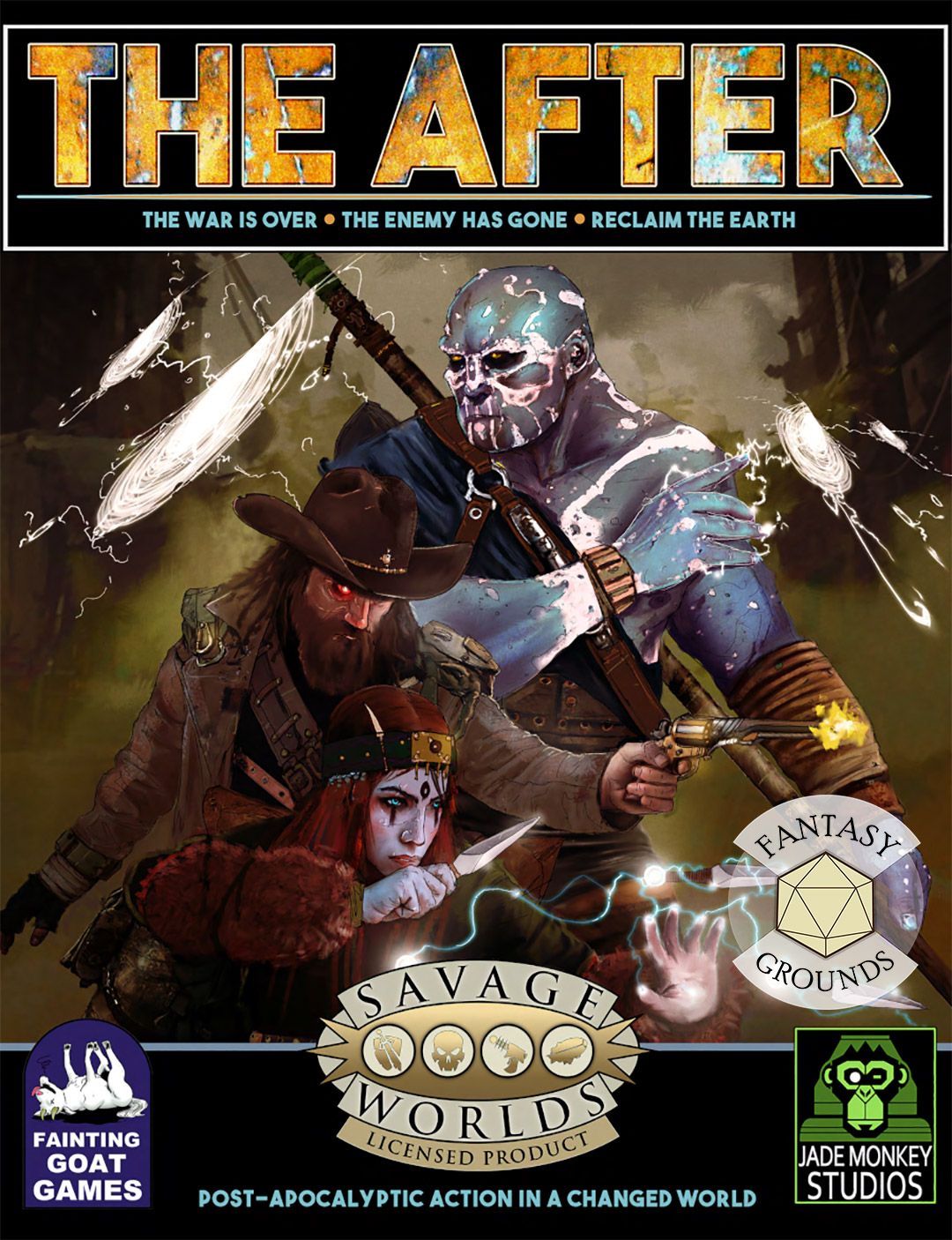 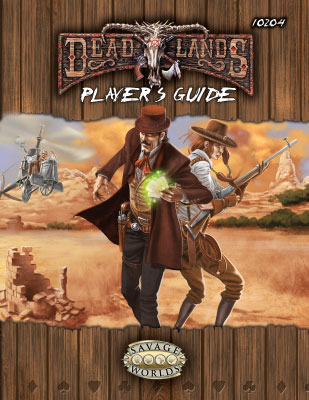 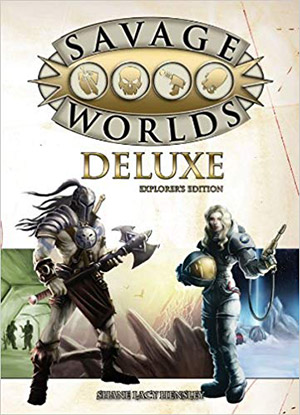 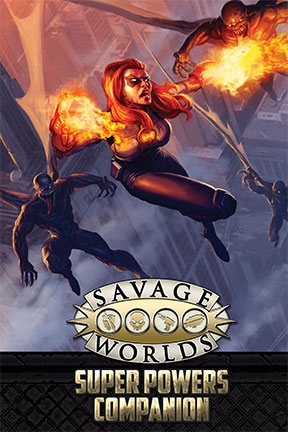 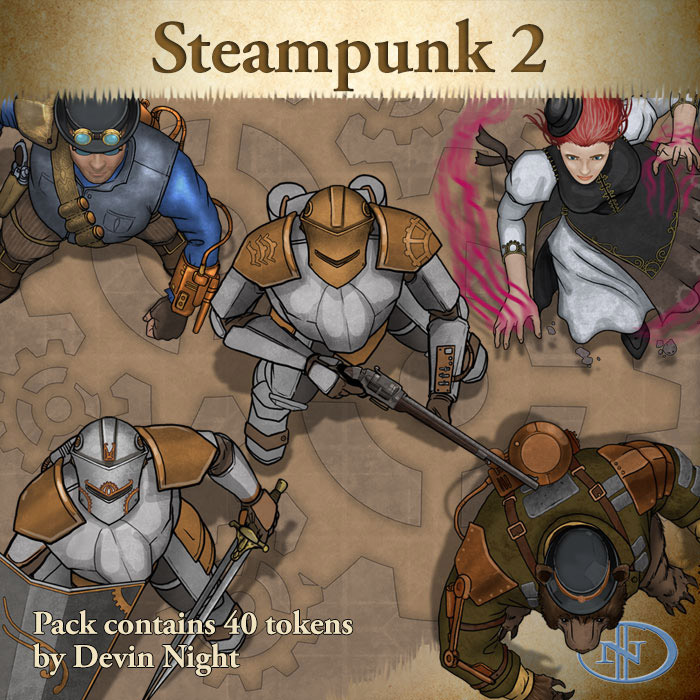