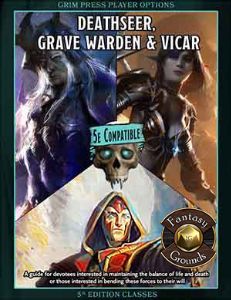 Are you looking for new classes to play in your 5e games and love the lore surrounding life and death? Take a look at three new classes that foretell impending doom and either work to prevent or actively embrace it, which have been created for the world's most popular roleplaying game!

The Deathseer is a one-third caster, focused maintaining the balance between life and death by signing a "Reaper's Contract" - an agreement they strike with a deity to act on their behalf. They may choose to bind themselves into servitude for any number of reasons, be it to protect the weak from perishing before their time, possess the ability to make difficult decisions without being clouded by moral ambiguity, or because they simply revel in battle and conflict. Regardless of the reason, their deity's expectations are unwavering, and for their obedience deathseers are granted a seemingly limitless source of power to carry out their will. The Deathseer is a complete 5e class with three fully detailed archetypes, called reapers, which will give players unique options when creating and playing their characters. The archetypes are: Reaper of Mettle, Reaper of Omen, and Reaper of Ruin.

The Grave Warden is in intelligence-based caster obsessed with the dark arts. They specialize in spells and incantations that allow them to harness the very life-force that flows through all creatures. Where a life-force is not present, they are able to instill a mimicry of foul life, rising these dead creatures from their once peaceful earthen resting places to serve a greater purpose. Flavor of undeath oozes from this class: unholy appendages, undead servants and necromancy specialization. To obtain these gifts, the grave wardens forgo study in the other arcane disciplines (drastically reducing their spell list in favor of becoming more like the undead they keep in their company). The Grave Warden is a complete D&D 5e class with four fully detailed archetypes, called requiems, that will give players unique options when creating and playing their characters. The archetypes are: Requiem of the Ash, Requiem of the Frigid, Requiem of the Haunt, and Requiem of the Torpor.

The Vicar is a pious pact magic divine casting class. Typically, high-ranking members of their clergy, vicars strive to fulfill a greater purpose. In their search, they are guided by their deity to pledge themselves into the service of a celestial being and are granted divine powers as a reward for this devotion. However, patrons don't accept a pledge from everyone who seeks to enter into their service, rather only those deemed capable of carrying out their duties are brought under their tutelage. The Vicar is a complete D&D 5e class with three fully detailed archetypes, called pledges of foundation, which will give players unique options when creating and playing their characters. The archetypes are: Pledge of the Curator, Pledge of the Predicant, and Pledge of the Watcher. 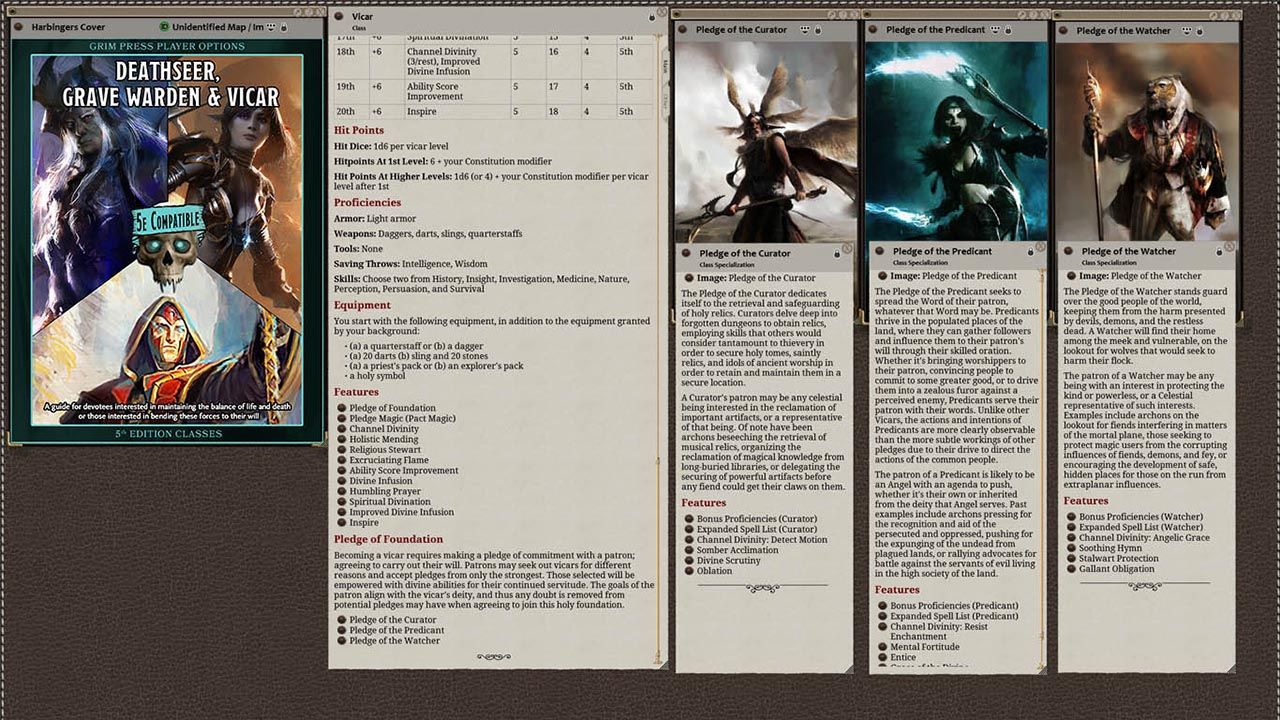 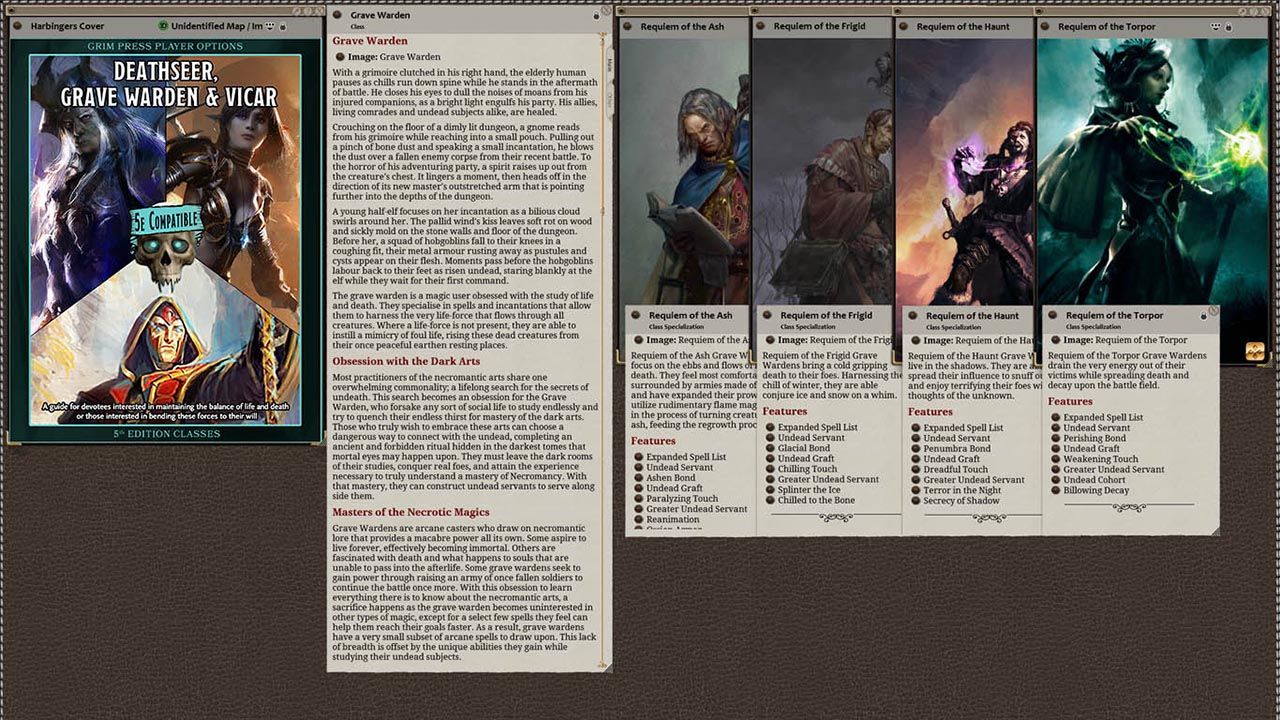 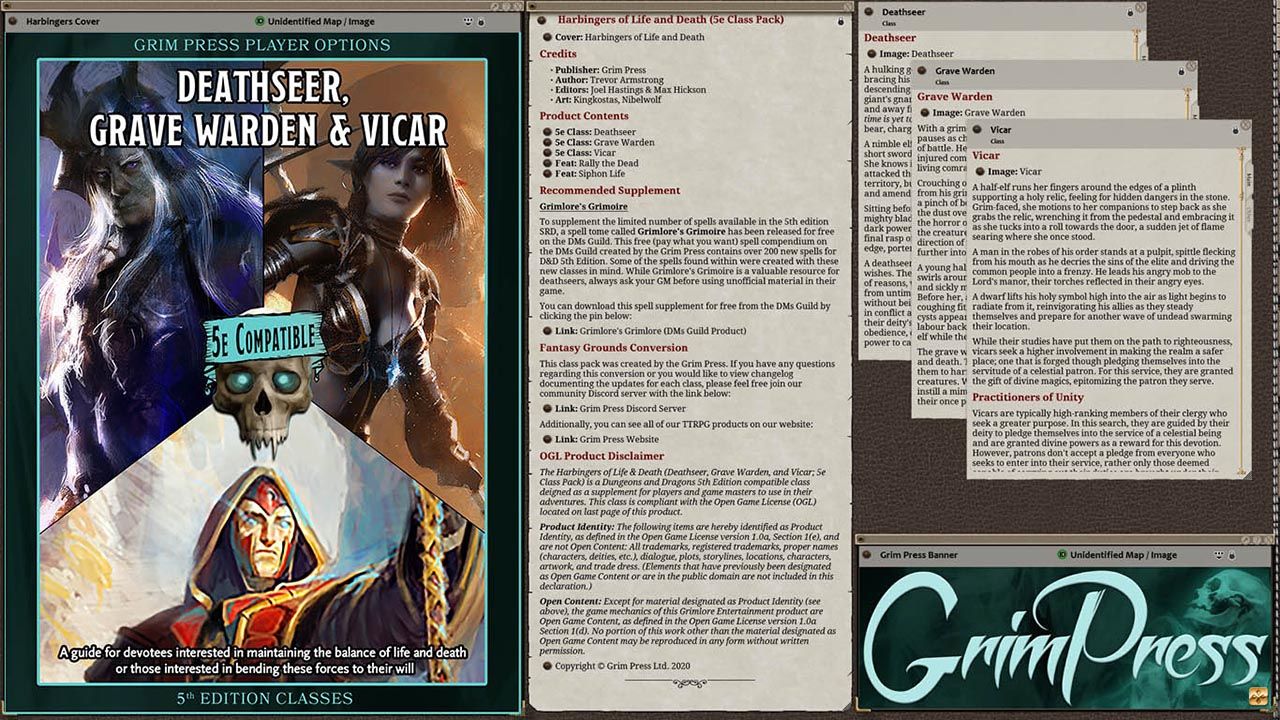 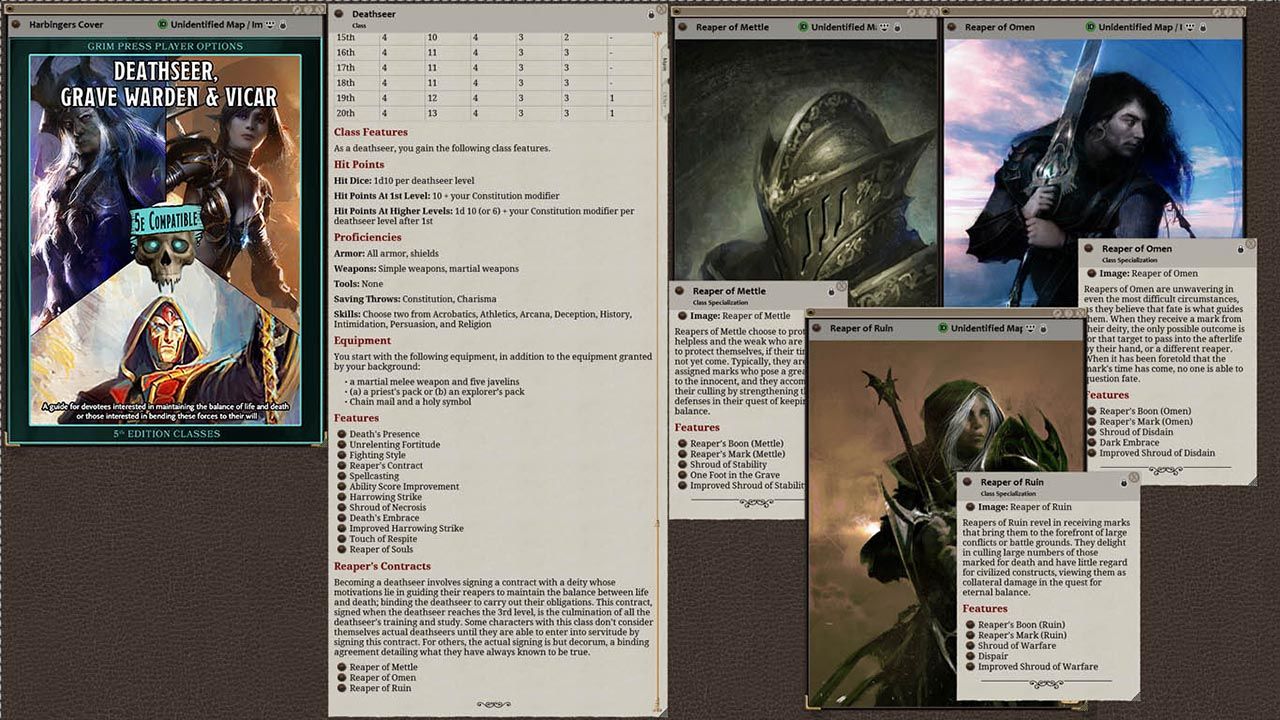 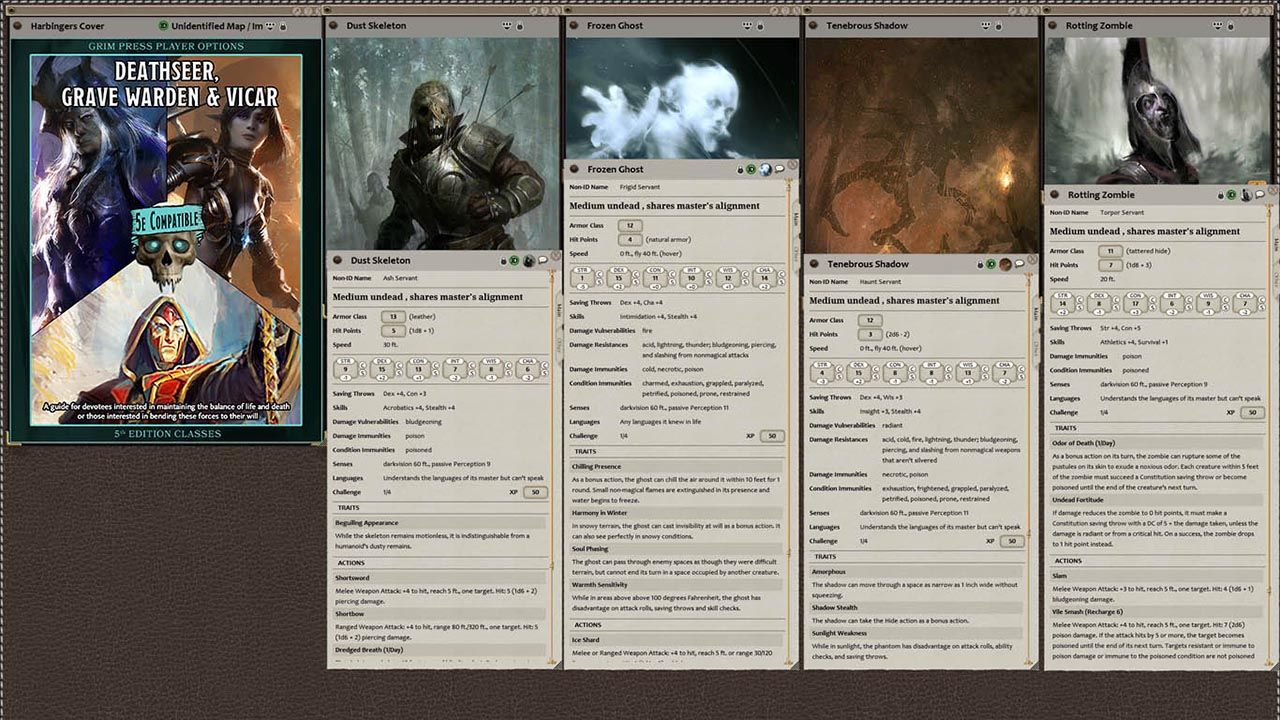 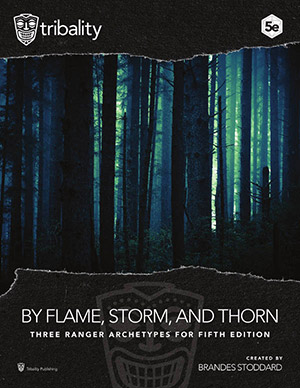 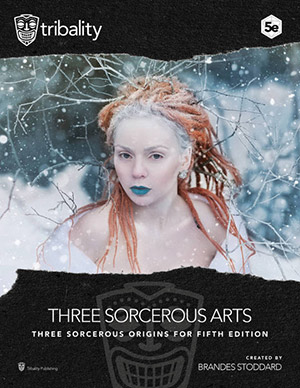