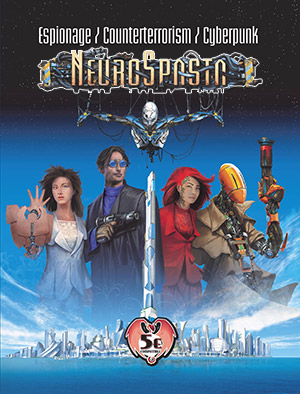 The city of Archon.

The most cosmopolitan, technologically advanced metropolis the world has ever seen,

where the nations of the world have at last come together to lay aside their differences.

Will it be our last hope for a peaceful future or the chilling harbinger of a totalitarian dystopia?

It falls to the members of the Division of Public Safety to protect Archon and its inhabitants from threats from both without and within.

But which is the greater threat?

In a future of ambiguous ethnicity and rampant cyberization, what use is there for obsolete national borders and political beliefs?

The boundaries separating man and machine are not only blurred, but utterly erased.

The conflict in this new-fledged world is not between nations or between law and order but between millennia-old traditions and an inevitable shift in consciousness, with the very meaning of 'humanity' and even 'identity' placed in the crosshairs.

Will Archon be the beacon of a shining future, or will its enemies bring it crashing to the ground.

NeuroSpasta is a cyberpunk/transhumanist setting using 5th Edition rules, compatible with both Ultramodern5 and Amethyst. In this book, you'll find...

Requires:An active subscription or a one time purchase of a Fantasy Grounds Unity license and the included 5E Compatible ruleset. 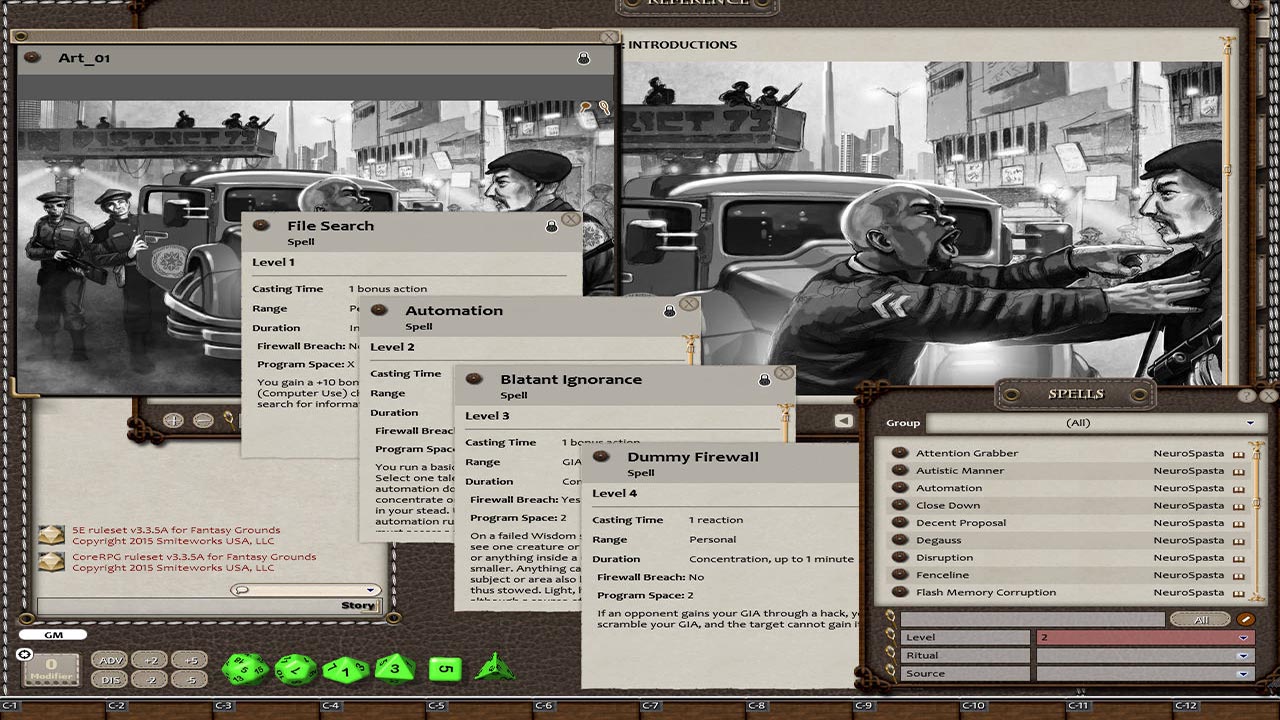 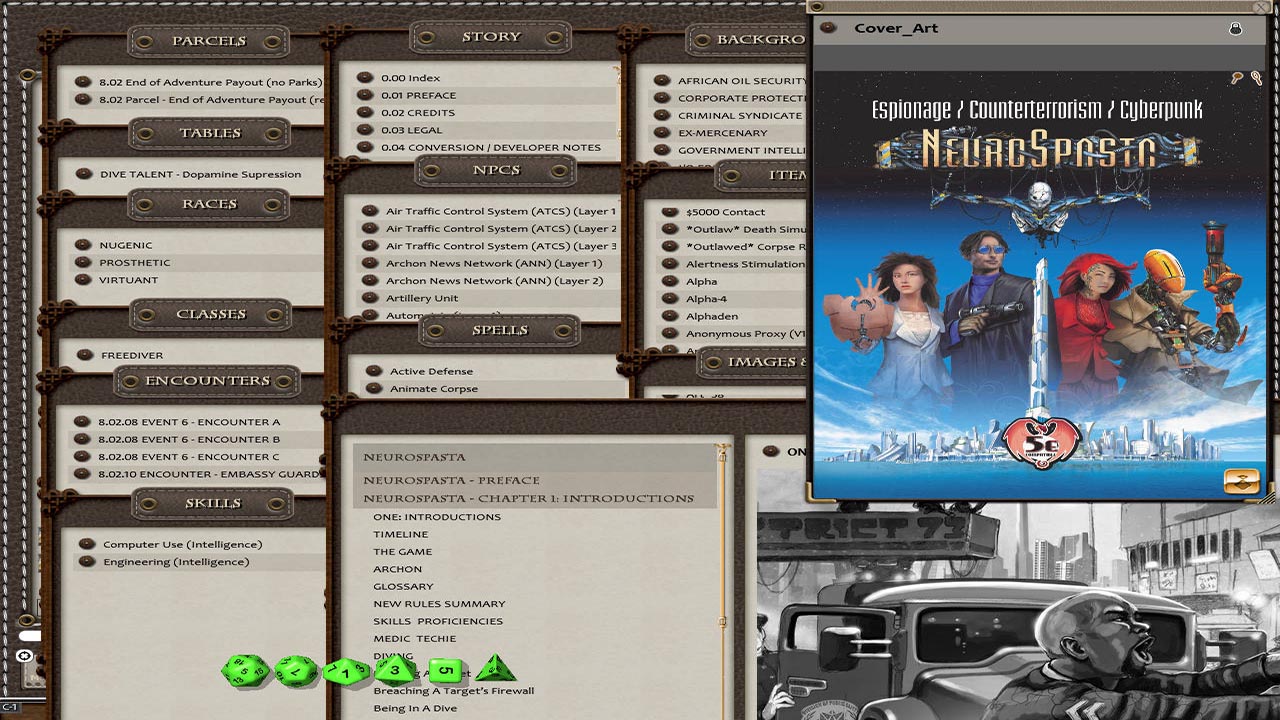 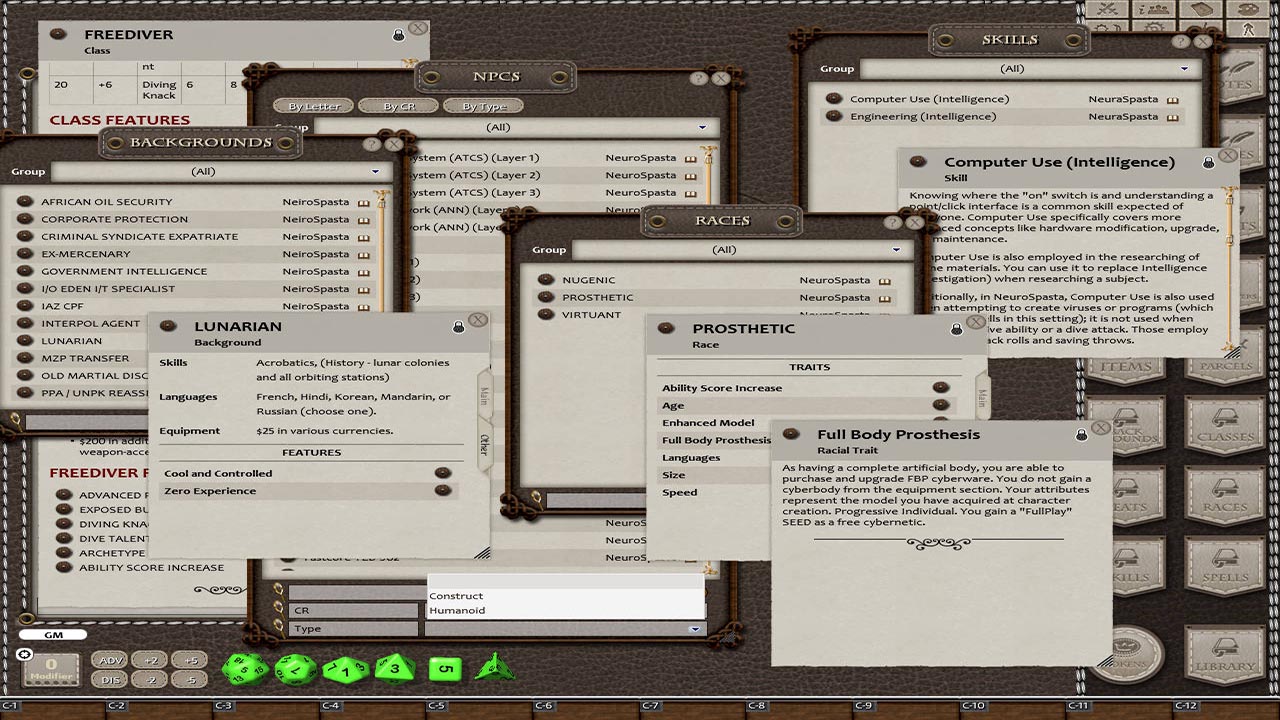 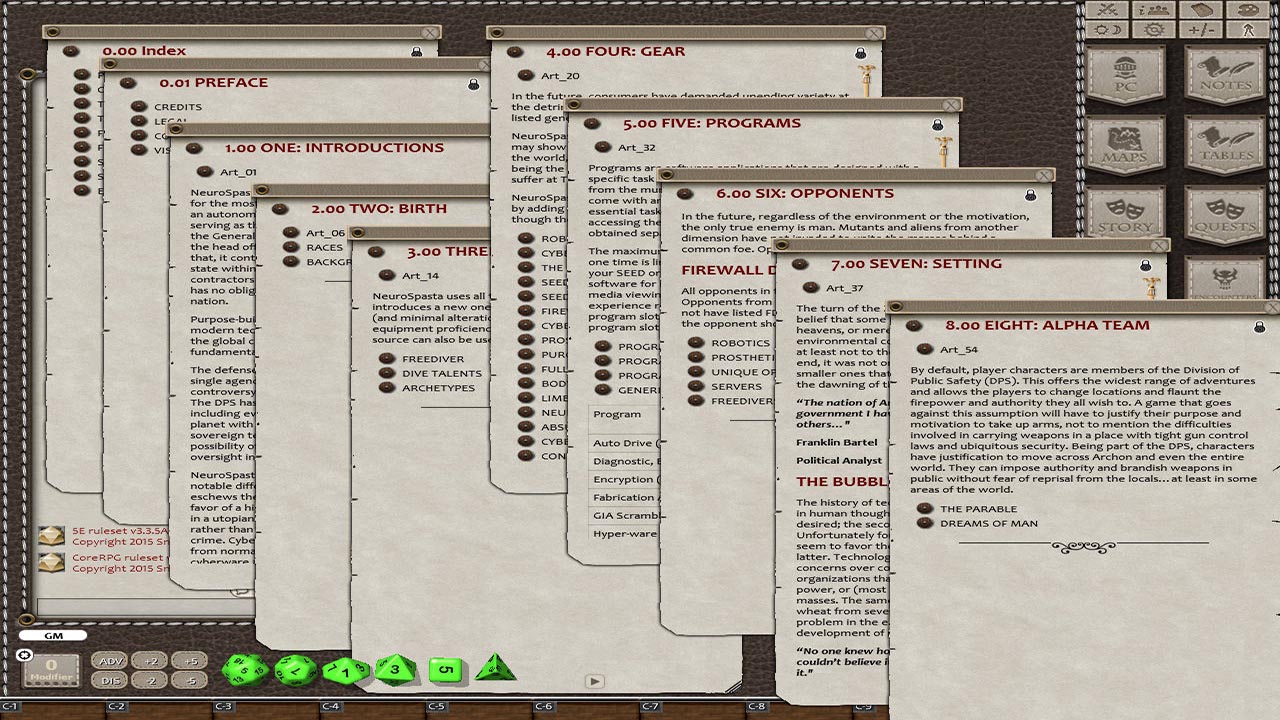