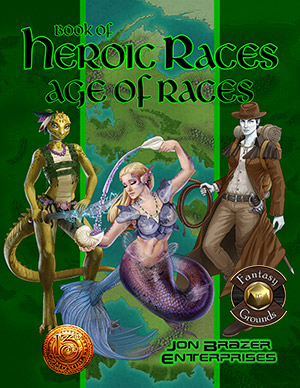 A New Age for These Races

Go beyond the standard fantasy races and play a new breed of hero! These intrepid adventurers forge their place in legends with claw, fin, spell, and sword. Now you can play one of these heroic races in your home game and battle monsters like never before.

Book of Heroic Races: Age of Races introduces 10 of playable races for your 13th Age Compatible game. This supplement gives you everything you need to include the following races at your Fantasy Grounds table:

Be Heroic With These New Races Today!